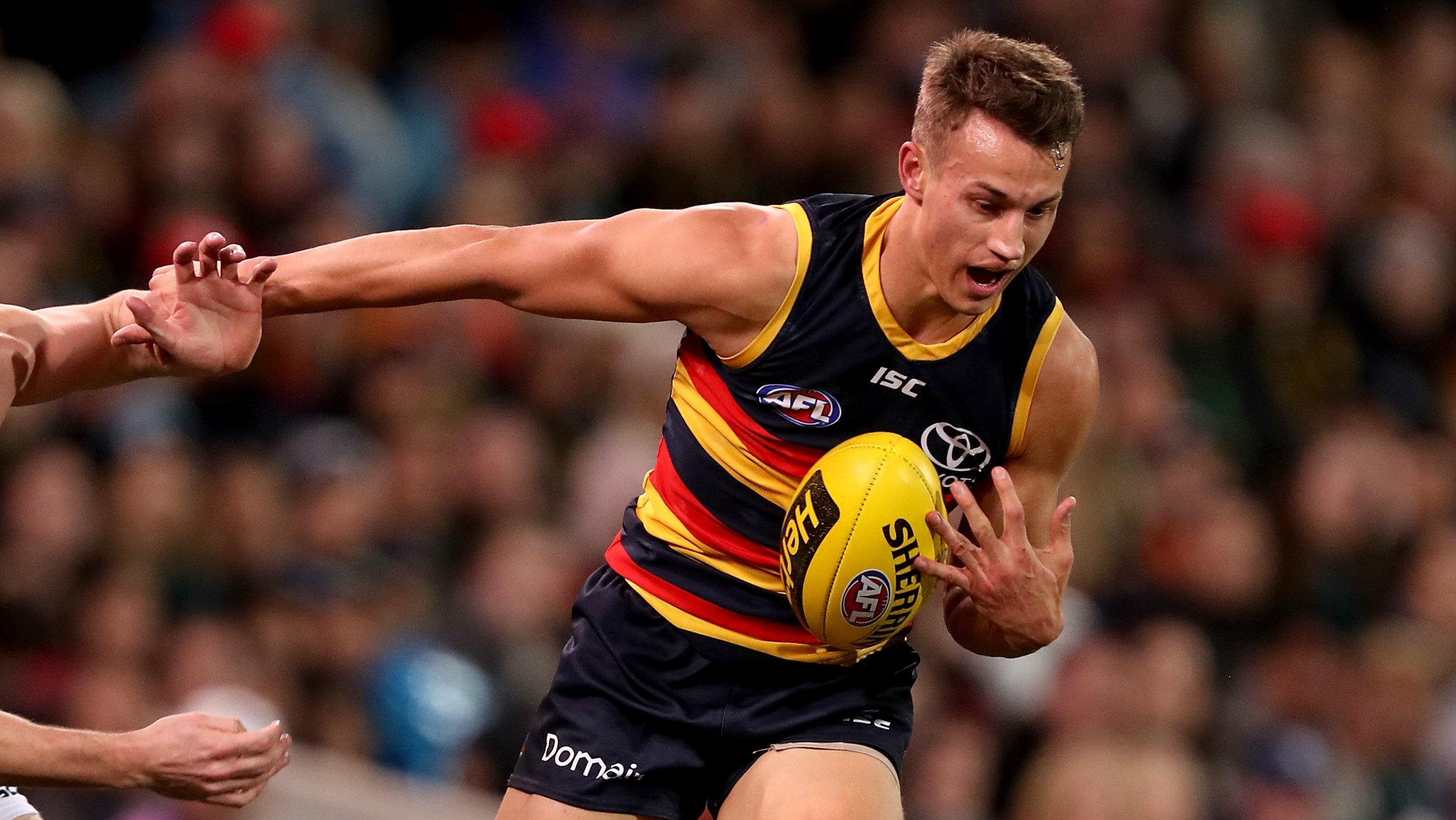 An ACL Injury ruined his 2019 season just minutes into the year. Thanks to a tasty discount, this young Crow could be the perfect stepping stone in 2020.

After being selected in the 2015 AFL draft, Tom Doedee had to bide his time on the Adelaide Crows list. The departure of Jake Lever after 2017 cleared the way for Tom, and he went on on debut in 2018 and had a stunning season.

That year Doedee made himself at home in the Adelaide back six. A combination of being near impossible to beat when marked on-on-one in a marking contest. He’s shown elite intercept skills and scary quick closing speed has made him a fan favourite quickly. In 2018 he averaged 18 disposals, five marks per game, 3 rebound 50’s, three tackles, two score involvements and over seven intercept possessions per game.

From a SuperCoach perspective, he posted eleven scores of 82 or more including five tons with three of them over 110. That year he finished the season averaging 82.

In AFLFantasy/DreamTeam he scored above 80 in eight different matches including two scores over 100. He finished the season averaging 73.

Adelaide’s hopes for the 2019 season were dealt a significant blow in round one, with Tom Doedee injuring his ACL and ending his season.

Injuries should never hope upon anyone; however, for the fantasy footy community, there is a silver lining. With long term, injuries come discounts and with discounts comes to value for money selection.

Missing the vast majority of last season has meant that Tom Doedee has been given a significant discount and is priced at under $300,000 in SuperCoach and under $250,000 DreamTeam. As a reference point, he’s only about $50,000 – $70,000 more expensive than the top-priced rookie in Matt Rowell.

At this price point, you are often picking players who are unproven scorers, lacking in job security for their AFL side or not yet shown they can cut it at the elite level. However, this isn’t the case when it comes to Tom Doedee.

Before the season, Brodie’s past 64 games was at an average of 76 in AFLFantasy/DreamTeam and 78 in SuperCoach. With Doedee, he’s priced cheaper than Smith last year in all forms and has a comparable scoring average.

Everything is currently on track for Doedee to return from his Christmas break and commence contact work at training. At this stage, he and the club are confident of playing in the Marsh Preseason games. What impact does the knee injury have on his scoring?

Unless you can time travel, you can not claim to know the impact it will have on him. However, what we can do is look at a comparable player who’s recently come off an ACL and see the effect it had for them. That player is former Crow Jake Lever. Here’s a breakdown of his scoring for AFLFantasy and SuperCoach both pre and post ACL.

The scoring drop is common for most talls coming back off ACL injuries. The range gap is between 5-20 points for players when you look at names like Jon Patton, Matt Scharnberg, Taylor Walker and Nic Naitanui.

At his price point, he’s a stepping stone to get you quickly to a bottomed-out premium if you need a fast mover. Ideally, if he’s scoring well we’d be a final defender upgrade with the Crows having the last multi bye week. He’s the perfect candidate to hold until the round 14 bye and then upgrade if required to a premium defender coming off the bye. Additionally, especially in SuperCoach if he can average back around the 80 markers, then he’s a perfect D7 bench cover if needed.

In reality, the gap (if any) from what he did pre-injury as opposed to what your forecast he’ll deliver will ultimately determine if you select him or not.
For SuperCoach he finds himself in my starting squad, and it’ll take some doing to remove him from there even if he does have the projected scoring dip.

If he can back up a similar average this year as to what he delivered in 2018 then for AFLFantasy/DreamTeam, he’ll be a bench filler at best in deeper draft leagues. However, in SuperCoach leagues he could provide great value on selection point and can fill one of your final two defensive spots on-field if things go well.