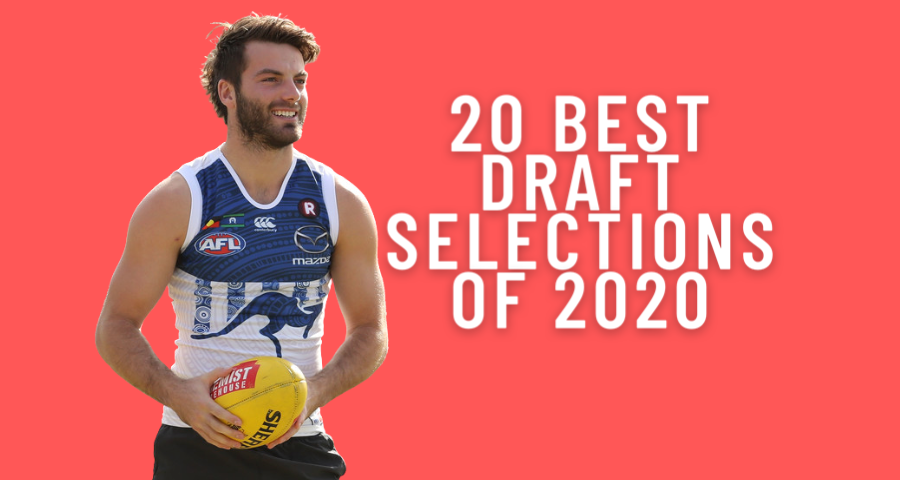 Every preseason draft coaches excitedly prepare for draft day. They spend months doing mock drafts, building their tiers and do everything possible to ready themselves for the most important day of the year. Truth be told, you don’t win your league on those early rounds of draft day. More often than not you win your draft of the back of some astute late picks and waiver wire selections.

You’ll always get some value for selections inside the top 100 picks. For example, Jack Steele is currently ranked sixth for total points scored but on the draft day had an average draft position of 79.6. In a ten team league, that’s an 8th round selection and an excellent return for owners. Christian Petracca is another who had an average draft position of 90.4 but is the highest ranked forward for both points and averages.

Even between picks 100-200, you get some that absolutely pop. One of the surprise packets of the year is Brayden Maynard. He’s currently ranked third for total points behind Jake Lloyd and Rory Laird (both picked within first three rounds) while Brayden’s ADP was 164. Sam Menegola (149) and Trent Dumont (153) were highly drafted but given their positioning have been enormous successes for owners.

As great as these selections have been, and they are. I want to look at players who were picked beyond range 200 that have gone on to return some of the best value of the fantasy footy season. So using UltimateFooty statistics as our guide here are 20 late round selections that you can build a case are the best picks of 2020.