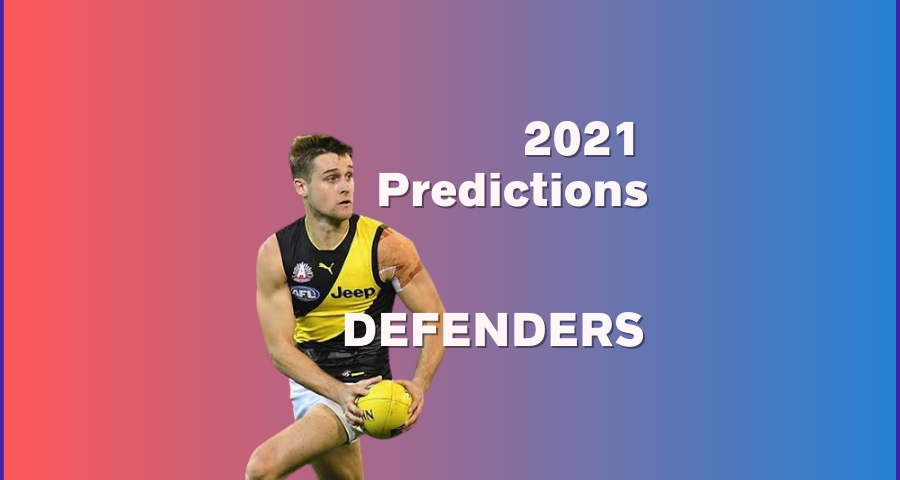 We are now just days away from the first bounce of the 2021 Fantasy football season. Every year the panel sit down and share their predictions for the season. Today they share their big calls on the defenders. Do you agree or disagree with them?

Rainman | Jake Lloyd. Rolled gold is Rolled gold. Streaming half backs will be a thing for a bit but clubs aren’t stupid and counter measures will be put in place to nullify there influence. Lloyd will keep on keeping on. – Midprice player that booms

The Midprice player that fires

Rainman | Jack Lukoscious in Supercoach. Will glock between half back distributor and wing. Sublime disposal and excellent decision maker. He is on the higher side of mid price but fits nice enough into the non premium bucket. – Midprice player that busts

The Midprice player that is a bust

Rainman | Alex Witherden. His decision making is poor and his confidence has taken a hell of a hit from his halcyon days. West Coast have a very structured defence that thrives on clean disposal. It will take him a while to become part of the system, and his poor decision making will likely see him left by the way side – A must have cash cow

Cash Cow you need to start with

MJ | There are none, they all suck!

Rainman | Very tough this year, but I will say Nik Cox, this kid looks a smooth mover and sonagile for his size. The bombers will be keen to get games into him and he can play a variety of roles. I reckon he could just be the one. – A big call

Ben | Luke McDonald is fools gold this time round.

Lewy | Zac Williams won’t be a top 6 defender. But he’ll be a top 6 forward in AFLFantasy