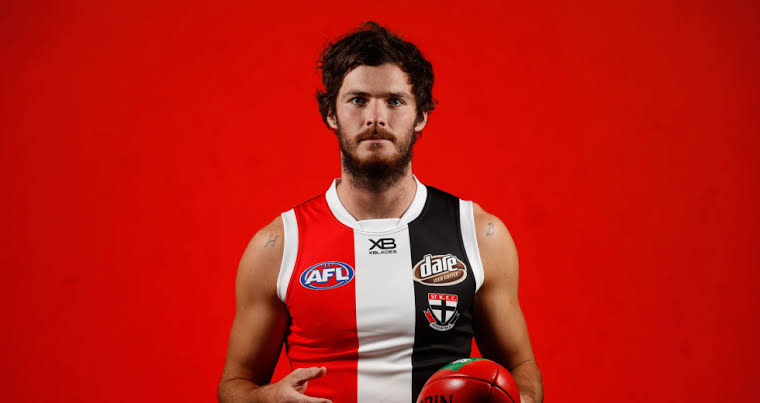 He was one of the surprise packet premiums of 2017 but an irregular heartbeat has derailed his football career up til now. Thankfully he’s got the medical all-clear and presents fantasy coaches a real value selection.

It’s been a tough few years for Dylan Roberton. It all began in 2018. He opened up the season scoring with a 103 for AFLFantasy/DreamTeam and 90 in SuperCoach, however, just three weeks later he collapsed midway during the game against the Cats. He somehow ran off the ground, yet was correctly sent off to the hospital by the St Kilda medical team where an irregular heartbeat was discovered.

Sadly for Saints fans and fantasy coaches that was the last we saw him play of 2018. Thankfully the club took all necessary precautions and continue to do so and take care of his long-term health.

It included him missing all of 2019 as the ongoing medical advice encouraged him to after suffering another incident of heart irregularity. After the 28-year-old was diagnosed, he has had a defibrillator installed on his chest. In addition to this, he takes medication as a means for regulating his heartbeat.

The positive for Dylan and prospective fantasy owners is that he’s currently completing a modified pre-season program. The modifications allow him to be regulalrly monitored, but both he and the club are confident that he’ll be ready to go by round one.

His best fantasy footy season he averaged over 90 across all formats off the game. In 2017 in SuperCoach he averaged 92.5, he went over 100 in 8 matches including a monster 149 against the Hawks. For AFLFantasy/DreamTeam coaches he averaged 90 and scored 8 tons with 3 of them over the 120 range. As strong as these numbers are it was the early 12 games of the season where the numbers are even more impressive.

If Dylan could get near those early seasons numbers, he’ll be an easy sideways trade to a fallen premium after 5-6 rounds. Or even better, a potential season-long keeper at half the price.

Don’t be fooled into thinking it’s just a ‘one strong season’ and nothing further. In 2015 his first season at the club he played 20 games and averaged 82.8 in AFLFantasy/DreamTeam and scored four times over the hundred. For SuperCoach he averaged 90.5 and hit the triple-digit score five times all of which were over 115.

Dylan is capable of averaging 90 which is good enough to put him around the top 15 defenders and a possible D6 keeper. Even if he doesn’t get back to his scoring best, it’s still a good selection. At his price, he’s a very capable stepping stone that will get you close enough to one of the first fallen defensive premiums.

If all the variables go well for coaches, he’s a candidate to become a season-long option at D6 much like Zac Williams, and Brodie Smith was last year.

The inclusions of Dougal Howard as a key defender for the Saints helps his fantasy output. It will ensure he’s free not to have to play a lockdown defensive roll for Brett Ratten and his Saints. Instead, Dylan will be open up to roam as the intercept impact player. It’s in this role he’s scored as a premium.

At his price point, the risk is practically not existent. Barring he keeps checking all the medical boxes, he will be one of the most straightforward preseason selections.

I have Dylan Roberton placed into my D4 position for all formats and will only need to see him back into full training and complete the Marsh preseason matches unhindered to throw away the key.

It’ll be fascinating to see where he goes in drafts. I certainly wouldn’t mind drafting him as a D4, and maybe I’ll even get lucky to have him round out my on-field side at D5. It’s early in the season, but he looks like he could go in the mid-late teen rounds of a draft. Which based on scoring potential is a tremendous bargain!