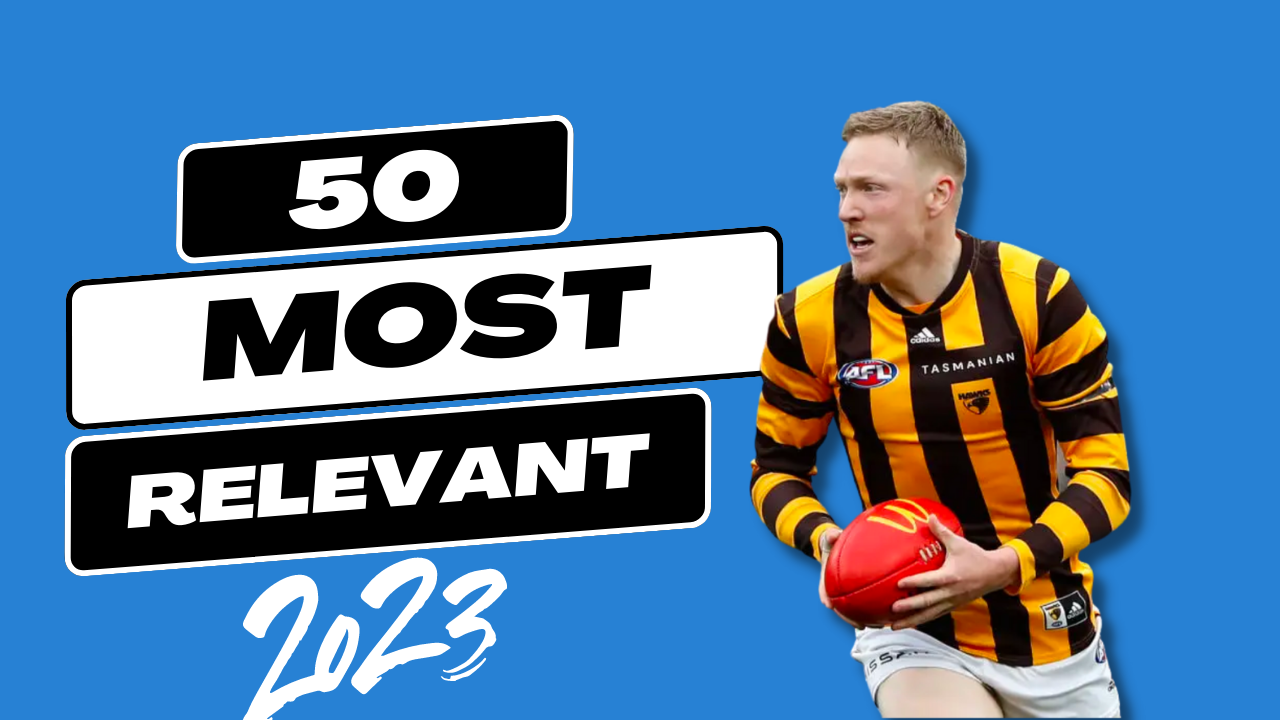 Twelve months ago, James Sicily was one of the value buys of the season. He became one of the best fantasy defenders & was worth keeping all season long. Coming off the back of his career-high season, are you prepared to spend big to have James in your starting squad?

That was some season from James Sicily! He was one of the most popular value buys in starting squads last year, and with good reason. He received an injury-affected discount due to missing the entire 2021 AFL season. He would have set you back just under $450,000 in SuperCoach, below $475,000 in DreamTeam and barely over half a million in AFLFantasy. In some formats, twelve months on, he’s nearly doubled his starting price.

Sicily has always been a fantasy performer. Before his injury, we’d seen multiple seasons of data that he’s a consistent 85-95 scoring defender in AFLFantasy/DreamTeam and 95-105 in SuperCoach. Historically, players coming back off ACLs take time to find their peak. That wasn’t the case for James. Last season he ranked first in the AFL for marks and rebound 50s per game,. He was ranked also inside the top five for kicks, intercepts, and metres gained by game averages.

Diving into his AFLFantasy/DreamTeam, he played all twenty-two games and averaged 96.4. That ranks him fifth amongst all defenders available in our backlines this year. He scored ten tons, including a career-high score of 151, which he scored in the year’s final round. Sicily also posted nine additional scores between 81-99. Meaning he had just three scores below 80 all season.

Those statistics look excellent, but they are dwarfed in contrast to what he achieved in SuperCoach in 2022. He scored fifteen tons, including a hot stretch of round consecutive from rounds 3-11. He posted seven tons over 120, five over 130 and two monsters over 140.He ranks second by points and averages of all defenders. Even more pleasingly would be the fact was he was ranked 8th last season in SuperCoach for total points. He outscored midifled gun like Christian Petracca, Andrew Brayshaw, Marcus Bontempelli and Brownlow Medaliast Patrick Cripps.

If you’ve been listening to our podcasts throughout this series (if not, you can here), we’ve discussed the challenges presented to us in the defensive line at length. Alongside the ruck, it’s one of the tricker lines to lean into with full confidence of just who will be the top-tier options.

Across the formats, there is a consensus that Jordan Dawson and Sam Docherty will be among the top few defenders. It also seems common to have Tom Stewart and Jack Sinclair up towards the top of the rankings. But where people place James Sicily is partially linked to which format/s of the game you play. His 2022 & career stats will indicate that SuperCoach is certainly a more favoured scoring format.

An interesting trend emerges when you break down the season of Sicily, especially in SuperCoach. In the thirteen games before the bye, he averaged 116.7 and had five of his seven 120+ scores. However, in the final nine games, he averaged 108.6 and had only two scores over 120. You can view that split in two ways. One, he still possesses some value after a slower end to the season. Alternatively that his 110+ start to the season was unsustainable. How you view that data will play a significant role if you start with Sicily or view him as an upgrade target.

By starting with James, you believe he should be able to maintain his scoring from 2022. But that would mean he maintains his spot as a top-five ranked mark, rebounds, kicks and intercepts in the league. It’s right within the realms of possibility, but Hawthorn will want to move away from a defence centred around Sicily as the primary defender and attacking presence from D50. So I’d lean towards him as an upgrade option, but given three of his past four seasons, he’s averaged 103+, so I’d not talk anyone out of starting him.

I’m targeting Sicily as an upgrade target in AFLFantasy/DreamTeam. I don’t believe he possesses the ceiling frequency (score over 120) that he’d hurt me by going against him.

Even if you don’t start him, you’ll watch closely how he starts the season, as he’s a must-watch as an upgrade target.

Given the dominant season of James Sicily and the lack of top-end defensive premiums, I can guarantee he’ll be taken off the board as somebodies D1. He’s ranked second by averages in SuperCoach and fifth in AFLFantasy. I can see him heading off draft boards in SuperCoach in the late second through to the third round, as people will be desperate to lock away a top-tier defender. He’ll be selected later and slide perhaps a round later in AFLFantasy scoring draft leagues.