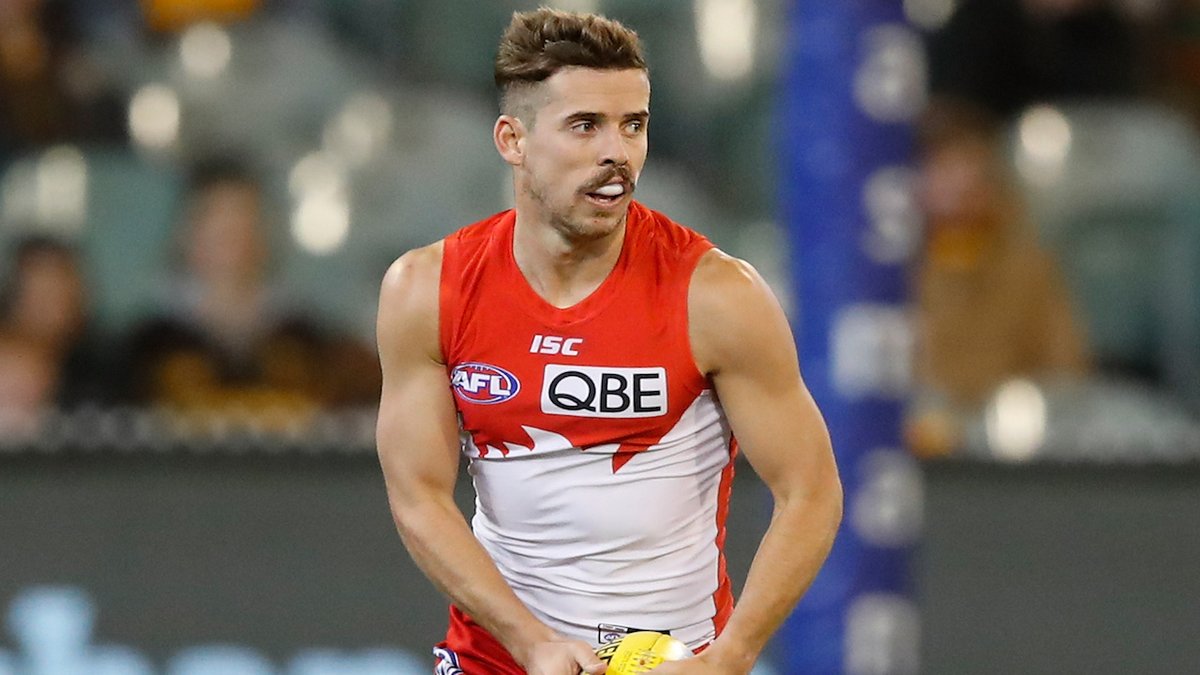 Over the previous few seasons, Jake Lloyd has been the best defender available. I believe once again in 2020, he’s our best defensive line option.

Jake Lloyd has been a favourite amongst the fantasy footy community over the past few seasons, and it’s easy to understand why. As a rebounding defender, he weekly finds a way to consistently delivers substantial scoring numbers almost without fail.

Last season was without exception. Last year he averaged 25 possessions and went at 83% efficiency. Lloyd went averaged five score involvements per game and six marks. In the entire league, he ranked first for metres gained and effective disposals, second for rebound ’50s and sixth for disposals per game.

In AFLFantasy/DreamTeam he finished the season as the number one averaging and top-scoring defender clear of second place (Jack Crisp) by over 200 points. He ended up as the 18th best for total points across all lines. Across 2019 he posted 14 tons, 8 of those he converted into scores over 120 and he finished the year averaging 107. And in only two matches did he fail to score over 80

His scoring was even stronger in SuperCoach with him ranked as the top averaging and total points scorer among all defenders. His nearest rival  Tom Stewart, was almost 250 points behind. Through the 2019 season, he scored 16 tons and between round 1-14 he had just one score that wasn’t in triple figures. Of these tons, seven were above 120, and he went on to average 109 for the season. During the season he had just one score below 80 where he was tagged to a score of 62 against the Gold Coast Suns.

2019 wasn’t just a ‘one and done’ season out of the blue. Jake Lloyd has been scoring like this for years. In 2018 from an AFLFantasy/DreamTeam perspective, he scored 11 tons with nine of those being over 110 while in SuperCoach it was 14 tons and 12 of them were over 120. That season he averaged 101 in AFLFantasy and 112 in SuperCoach.

Lloyd, posses something we rarely find in defensive premiums. He’s able to seemingly has the rare combination of boasting a high scoring ceiling, maintaining a persistent volume of tons and has a healthy scoring basement.

Throw all that into the mix with that fact that he’s missed just one game in the past four seasons and it begins to be a compelling case for starting Jake Lloyd.

Everything looks perfect for Jake Lloyd, and if you look just at the top line, you’d likely lock him into your side. However, as the season went on, his scoring started to slow?

Over the final five weeks, he posted just one score over the ton in all formats of the game and averaged 92.4 in AFLFantasy and 92 in SuperCoach. While these numbers are far from mediocre it’s about a 15 point dip from what’s he’s priced.

Before the final five games, he was averaging 111 in AFLFantasy/DreamTeam and 113 in SuperCoach. The question must be considered, do these five weeks give us a lead indicator of potential scoring to come in 2020? Or are these the aberration?

Over the final few weeks of the season, Sydney did start making changes to their structure, roles and a lesser degree game style. This is far from uncommon for teams to do as they look to renovate a playing list and with finals not on the radar, the Swans had nothing to lose.

Some might suggest the arrival of Jordan Dawson down to the backline was the primary reason for the scoring dip. While it is true that Dawson is a great user of the ball by foot, and he moved down back, I don’t believe it to be the case. Jordan was playing through the backline for multiple games before this scoring ‘lul’ of Lloyd, and it seemed to create no impact at all.

Instead, it was Jake himself that had a role tweak. The half-back flanker was given some minutes to play across the wing. Is this picture of what 2020 might look? I don’t believe so. Over the offseason, the Swans have recruited a vital piece of their future midfield in Dylan Stephens. He is a phenomenal wingman who possesses dashing speed, strong endurance and a beautiful left-foot kick. He along with Oli Florent will form a potent outside combination in the midfield.

What is more of a question is, can Lloyd and Dawson co-exist in the backline? Both are great users of the ball, and while it will only be known in hindsight the correct decision, that handful of games they both played inside the back six it seemed to work out ok.

One of the key considerations is that coaches must be aware that of all multi bye groupings, this is the one that’s filled densely with popular premium options. Along with Lloyd, it features Sam Docherty, Bachar Houli and Jack Crisp are among the most popular candidates from this block. Bye structure is only a small element of the game in our starting squads, but as the year goes on, it does become more critical.

At some point in the season, you’ll want him in your side, barring an injury I believe once again he’ll be the best scoring defender. The critical question is, will you start with him? Or will you hope that he doesn’t hurt you too often as you build towards a plan to trade him in?

I believe Jake Lloyd is the safest and best across the formats defender and as such he’s going to g early in drafts of all formats. It’s not uncommon to see him taken in mock drafts as a middle to late first-round selection. The crucial only reason I’d discourage you from jumping on him with your first selection is if your draft league has captains enabled. Then, he’s an excellent second-round pickup