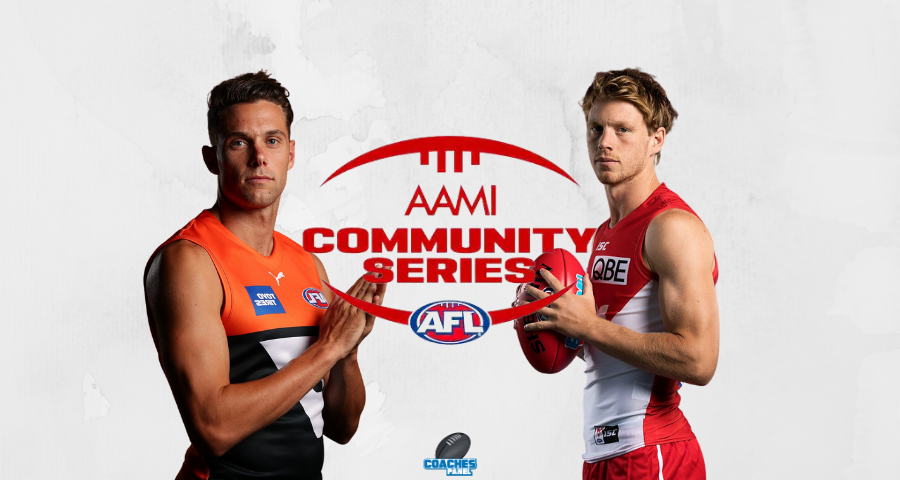 What a big day of footy with three state based rivalry clashes. The first of them went down at Giants Stadium. From cash cows to stepping stones and premiums, we’ve got plenty of fantasy relevant players to consider from this game. Here’s my AAMI Community series review of the Swans Vs Giants.

Got that midfield role though the game, so tick! However, just because he will get this role, it doesn’t automatically translate to fantasy scoring. He should be good, but is it top 6 defensive good? Those intercept marks and possessions will disappear from his score build, so he’ll need to recreate other scoring avenues.

If he wasn’t on your cash cow radar before the game, he must be now. Split his time between the midfield and forward line and showed he belonged at the elite level.

He won’t get 9 tackles in every game he plays. That said, Wicks provided get defensive pressure on the ball carrier. Additionally he got into space and was a dangerous option. At his price point I like some others ahead of him, but he’s showed plenty in this match.

In a keeper league, he’s someone I really like. He’s a crafty player with neat skills and has the ability to impact the scoreboard. Having him alongside papley at the club for the next 10 years will be an exciting small-medium forward setup. Kicked a goal, set up some others and added some speed to the forward line.

Was kept busy keeping mindful of Toby Greene. I have no questions he’ll play round one, especially with Callum Mills’ move into the midfield. He’s a beautiful kick and used it well everytime he got near it. Is he worth the premium price tag? Ultimately, the number of cheaper available cows will determine how many pay for him.

Got through the game unscathed and played his regular midfield and forward split role. If you were keen before today, you were given little reason to change the decision.

The future of the Sydney midfield was on display today with James playing a central role. The majority of his possessions were contested and he was skilfull enough to finish up with two goals.

He’s not for salary capo formats, but in drafts especially in keeper leagues he’s well worth a list spot. The kid looks like he’ll be a player!

He’ll be the talk of the fantasy footy town today, given his performance. 31 touches, 11 contested possessions, + a goal. This is exactly the sort of game we can expect from him. When fit, Taranto is a serious fantasy player. He split his time between midfield and forward today.

Just cruised around in first gear most of the game. Still picked up a lazy 13 contested possessions and showed his class when needed. He’s a fantasy jet, but the common player won’t jump on after this match given he didn’t tear the game apart.

Played through the ruck for the majority of the game. With Matt Flynn taking a rest, Briggs certainly took his opportunity by the scruff of the neck. He crashed in and made a contest. Whether it’s enough to dethrone Flynn or get a debut alongside him is something I’m uncertain of.

Subbed off during the third quarter. While he was out on the field, he was an influential presence in the midfielder and won his fair share of clearances. He might not be a top 8 midfielder in 2021, but I think he’s set to go between 100-105 across all formats.

With no Lachie Whitfiled early in the season the Giants looked to Harry to provide some run, skill and drive from defensive 50. He’s probably more draft relevant, but is certainly worth noting.

Whenever it wasn’t Perryman, Isaac would get the ‘give and go’ handball from his teammates. He should generate some cash, but with some defender rookies starting to emerge he might not be needed in our starting squads.

He won’t kick four goals every week. His 11 disposal game was impressive, and he’s all but locked himself in a round 1 debut after an effort like that.

Got his fair share of midfield opportunities. I don’t think he’ll get enough midfield time to push the premium scoring territory.