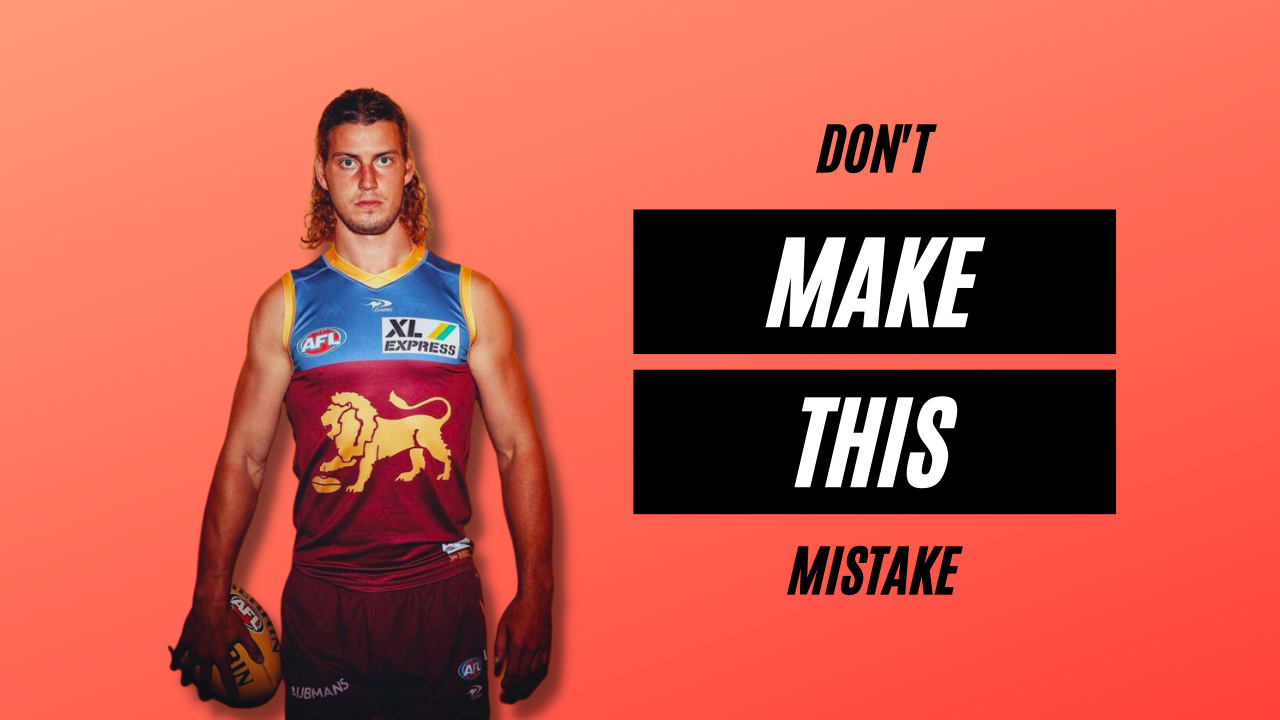 So today, for the first time in months, AFL is back! Yes, it’s just practice games, but with the majority of the East Coast denied footy for almost 12 months, the excitement amongst fans, even just for practice games, is very real. For Fantasy footy coaches, it’s even greater with it the first chance we get televised games and a chance to see what our players might deliver. But, amidst all the excitement and anticipation, remember one thing, don’t make these elementary mistakes.

At the end of the day, these are just practice matches, if anything they are slightly more glorified versions of intraclub scratch matches. So much of this game doesn’t emulate what will see next week in the community series, let alone a proper AFL intensity match. Don’t expect many defensive structures or pressure acts on display. Whatever you see over the coming days should just be a piece of information to add into the mix, not the determining factor.

The ultimate priority for the coach of every AFL side is to have their best players available and fit for round one in three weeks. Therefore, there are some teams who’ll be playing guys on heavily restricted minutes as they build towards round one. Additionally, some guys might get a heavier workout this week than next. Be sure to hold the data you see in the game in connection to what you have already seen and heard this preseason about a player’s workload.

Pushing for a Game

Even the Premiership Melbourne Demons have been adamant that their ‘best 22’ for the season is still yet to be refined. So all 18 clubs will have some fringe players seeing this week’s practice games as a chance to push their case. If any players go hard, it’s these fringe players and rookie guys. While the established guys are just looking for a few kilometres and in the legs, sharpen up some skills and avoid any injury.

It’s All About Trends

Next week when the ‘official’ preseason games happen, we’ll likely see a slight step up in intensity. Potentially we might even see some sides use it as a chance to give their likely round one side. But ultimately, you shouldn’t be making your fantasy footy selections based on one game of data or one isolated interview moment from a coach. Instead, the key thing to observe is trends. What are you seeing repeated and confirmed over time, not just in isolation? The trend, as small as it may be, just might hold the thread that unwinds a brilliant start to your fantasy footy season.

At the end of the day, it’s just great to have some footy back; enjoy it. We play fantasy footy because, at our very core, we love AFL. So enjoy the games, remember it’s just for some hits and giggles and keep pressing towards round one, which is now just three weeks away.