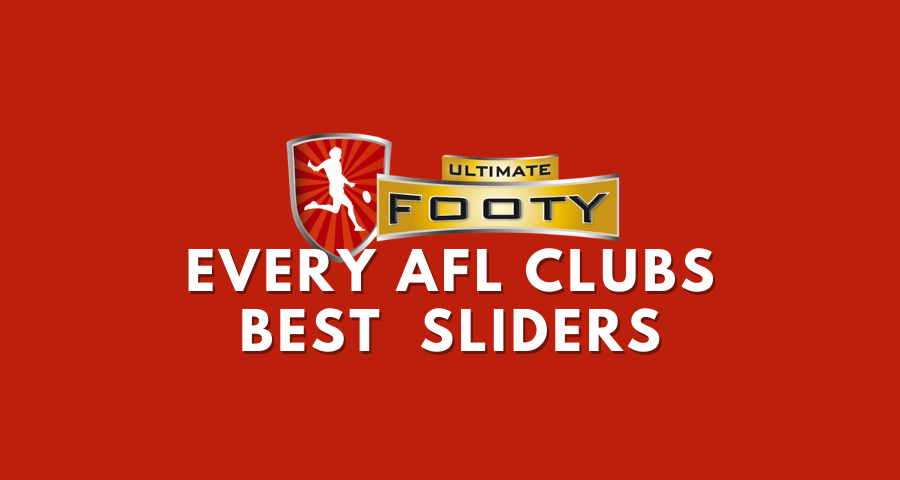 Success in your draft league isn’t normally found in the opening handful of rounds. Rather it’s where coaches discover diamonds in the rough towards the end of the draft. As draft day approaches for coaches, I decided to share who I think are every AFL clubs best UltimateFooty sliders

FYI: The average draft position (ADP)’s are taken from our friends, The Draft Doctors, and their current UltimateFooty mock draft simulator.

One of the biggest positive things that came from the 2020 season for Adelaide was Lachie Sholl’s emergence. He offers two key quality traits that the Adelaide midfield has been crying out for. That being outside speed and classy ball use by foot.

His round 17 performance against Carlton last season was a nice sampler of his potential. He had 24 possessions, 2 goals and scored an 89 ( 111 adjusted) in UltimateFooty.

In the preseason, he has won the Crows time trial and the coaching staff has been desperate to get him playing across the wing. As a defensive eligible option, hoping for an average of 75+ isn’t out of the equation.

It’s a theme that you’ll see across these sliders. Forwards suck, so I’m seeing if can we get some late potential value rather than burning an early pick. Joe Daniher has had a faultless preseason and is seemingly finally getting the best out of his body. His 2017 season averaging 84.7 is a long time ago now, but it does highlight his scoring potential.

Normally picks beyond 200 are just purely speculative picks with an upside that often end up back in the player pool. So given his proven performance, it’s well worth a late pick.

I wrote about Joe Daniher earlier in the preseason. Read his article from the 50 Most Relevant here.

How a player ends a season can be a great indicator of how the coming season will track. And for those who draft Will Setterfield this season, they’ll be hoping that this is true. Last year his season average of 67 (83 adjusted) was fine, but it’s his final 7 games that would have coaches interested.

Despite only playing 11 games of AFL footy, Isaac Quaynor has started to show promising signs. Both as a rebounding defender and as a fantasy footballer.

It’s a small sample size, but the upside is there. Plus, Collingwood have always been a highly relevant and high scoring fantasy side.

Don’t expect a return to the 100+ averages from Dyson Heppell. 2018 was the last time he delivered numbers that high, and while it’s not that long ago, alot has happened in those 2 seasons. Both on the injury front, and the players added to the Bombers midfield unit

Rather, the big potential value in Dyson is around an impending DPP allocation. In the offseason, Heppell has been training with the defenders, and the club wants the ball in his hands rebounding out of the defensive 50. If he picks up this allocation, he moves from being just ‘bench cover’ as a 75-85 midfielder to being an on-field D3/D4.

I wrote about Dyson Heppell earlier in the preseason. Read his article from the 50 Most Relevant here.

5 games of AFL is a super small sample size, but in round 4 & 5 last year, Hayden Young owners would’ve spotted something special. His booming left boot returned scored 77 (96 adjusted) and 58 (72).

The dockers loved getting the ball in his hands and allowing him to set up the play with pinpoint precision. I think he’ll take another step towards fulfilling his fantasy potential, which will ultimately culminate in him being a long term premium for us in time.

If your draft league has positional changes on, then Shaun Higgins is a must consider. His move to Geelong has him earmarked for the forward role previously held down by Gary Ablett.

At best, he gains a MID/FWD DPP and averages in the ’80s, making him a strong F2. At worst, he maintains a heavy midfield role, and he averages 90+. You really can’t lose.

It’s a rare talent that can bust out of the second year Blues. But it wouldn’t shock me at all to see Noah Anderson join the club and do it. In his final 4 games of the year, he averaged 71.5 (89 adjusted). Noah possesses both a damaging inside and outside game which makes him a perfect fantasy performer. He might not pop in 2021, but he’s as good a chance as anyone at a second year breakout.

You could probably put Lachie Ash in this spot too. If you get the chance to handcuff them together, it should increase the pick delivery chances.

The GWS Giants defensive unit has undergone an offseason overhaul, with Heath Shaw, Aiden Corr and Zac Williams departing the club. This opens up plenty of opportunities for the talented youngster. Isaac uses the ball well by hand and foot & has a high footy IQ. Certainly someone with upside late in a draft.

I’m all for looking for ‘upside’ late in drafts, but sometimes in the hunt for the one in a thousand breakouts (aka Luke McDonald), we ignore other solid options. Liam Shiels has been a consistent performer over numerous seasons and has also shown that he can punch out some tasty tons in the right match.

Last seasons 67.7 average (84 adjusted) isn’t horrid. While the three seasons prior, he averaged 91, 97 & 95. Getting potential numbers like that in the 20th round of a draft is a steal. He’s certainly worth the pick as some bench depth, if nothing else.

As each day passes, the earlier it seems James Harmes is going in drafts. Why? Because the experiment of him playing in the backline is over. And the club has confirmed that he’ll return to the midfield. Just 12 months ago, he was coming off a 2019 season wherein the midfield her averaged 94. If he delivers numbers like that, he’s a genuine D1 and getting picked up in drafts at a position of a D5.

As a junior, Luke Davies-Uniacke drew comparisons to Carlton and West Coast champion Chris Judd. Sadly, injuries haven’t been kind over the past few seasons to the former first round pick.

Now fit, he’s finally firing and ready to establish himself in the North midfield. LDU is an explosive midfielder and has elite stoppage traits. If it all clicks for him, he can push an average of 85-95.

All the preseason hype is head towards both Zak Butters and Connor Rozee. And understandably so. However, I think coaches forget about the scoring potential of Xavier Duursma. In his second AFL game, he scored 102, and across the remainder of his debut season, he scored another ton plus an additional four scores between 90-99.

The third year breakout rule is in effect for the archer, and given his ADP, the potential upside is insane. He goes from being possible last selected players, to being an on field midfielder.

The knee injury to Ivan Soldo means the Tigers will likely leave Toby Nankervis as a sole ruck for the season, with various talls playing a supporting role. In 2017 & 2018, when the Tigers adopted this strategy, Toby averaged 86 & 89 in AFLFantasy/DreamTeam and 88 & 98 in SuperCoach.

If you choose or are unable to get one of Brodie Grundy, Reilly O’Brien or Max Gawn in your draft, then getting Nank as a late pickup is a handy target.

All it takes is for a couple of injuries in the St Kilda side, and the relevance of Seb Ross will bolt. While you’d never wish injuries on anyone, the Saints have their fair share of ‘injury prone’ midfielders. Recruit Brad Crouch and Dan Hannebery have missed plenty of footy over the last 3 seasons. Should either miss big chunks of this season, then Seb could well get pushed back into a core midfield role.

Are you a forward? And do you have the potential to score over 80? If so, coaches will consider you on draft day! The scoring history of Lance Franklin even at 1,000 years old isn’t the concern. Rather it’s on his durability. But at this point of the draft, it’s all upside.

I wrote about Lance Franklin earlier in the preseason. Read his article from the 50 Most Relevant here.

It isn’t a ‘flashy’ pick, nor is ita drastically ‘late’ pick. But given what Luke Shuey can do, it’d be a great get to get him even at his ADP on draft day. Before 2020, Luke was an incredibly durable player, and his scoring consistency was incredibly reliable.

Thin pickings here, most dogs you want OK, draft coaches, you know it, but the forward stocks in 2021 suck. So it’s players with job security and scoring potential that can pop that we’re looking at later in the draft. The Bulldogs new Vice-Captain Mitch Wallis won’t get any midfield time, but he’s safely inside the Dogs best. However, because so much of his scoring is based on tackles and goals, if the Doggies can dominate the inside 50 game, he should turn in several 70-90+ scoring games.