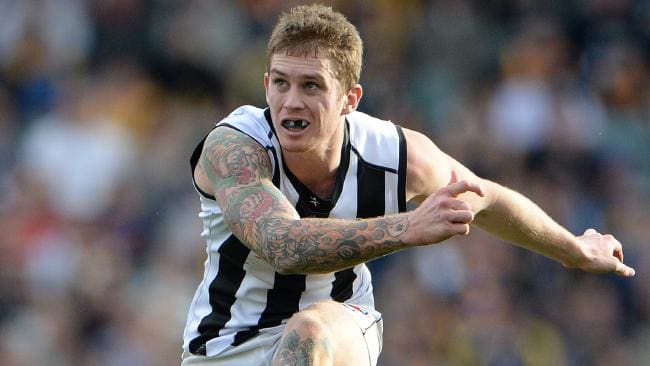 Andy Brayshaw: Looked good. Played midfield and got plenty of it. Might be an awkward price for some but in keeper leagues, he should be highly sought after.

Michael Walters: As promised all pre-season (and last pre-season, and the one before that…), Walters did get stints in the midfield. He did also play some footy up forward though and very likely that’s going to be his lot. A similar average to recent years beckons but could be one to jump on if Freo cop many midfield injuries. As per last year when in midfield, he scored quite well given his TOG.

Luke Ryan: Did take a few kick-ins (along with Wilson), although disposal wasn’t quite up to his usual standard. Potentially one to keep an eye on in SC.

David Mundy: As mooted in recent weeks, he played majority midfield for Freo. He wasn’t amazingly prolific but the role, at least in this game, was good. If he stays midfield there’s no reason to think he won’t end up near the better premium forwards in scoring this year.

Adam Cerra: Looked classy as always but didn’t get a heap of it. Seemed to be running through the midfield somewhat.

Brett Bewley: Could not be said to have had an amazing game, however, did have 13 disposals in only 39% TOG. One to watch further in JLT2.

Jesse Hogan: Coming back from injury, struggled through 2-3 quarters before being rested. Wasn’t limited to the forward 50 either, was often seen in midfield and even down back chasing the ball. Only had a handful of touched on the night however and went scoreless. Seems to have kept his roaming role from the Dees which bodes well for his scoring. Doesn’t seem quite fit enough at present to warrant a starting berth, however.

Scott Pendlebury: You may have forgotten it but Pendles was in the All-Australian squad last year as one of the best midfielders in the comp. As he has been pretty much every year for more than a decade. The skipper was everywhere in this game, particularly early, and showed his usual class. May not be the upper-echelon fantasy premiums he has been in years gone by but he won’t be far behind. Will still be excellent value in drafts.

Steele Sidebottom: Sidey appears to have flowed from 2018 into 2019 without concern, appearing to have the ball on a string as he racked up 34 touches and a goal. Played basically wherever he wanted.

Brodie Grundy: Seemed slightly rusty but that is likely just due to us measuring him against his amazing standard. Still had 15 touches and 46 hitouts, albeit he was not really up against anyone (Sandi & Darcy being out, Grundy rucked against Lobb & Scott Jones). Nonetheless, nothing not to like here and if nothing else dispelled any suggestions that a pre-season toe injury was a concern.

Dayne Beams: Played midfield, got a lot of it, kicked a goal – basically just did Dayne Beams things. With Taylor Adams out for the first few rounds, it’ll basically be Adams out & Beams in for the Pies during that stretch. Business as usual.

Jack Crisp: A somewhat under the radar defender these days, Crisp kept his high scoring role from last year and had a good outing.

Jamie Elliott: Looked like he was back! Taking marks, kicking goals, almost refusing to celebrate – yep, this was the Jamie we’ve come to know and love. An excellent first outing for him and did not look hampered at all. Someone to consider as a mid-priced option.

Darcy Moore: By no means had the hoped-for monopoly on kick-ins (see Aish, Crisp, etc) but played well and got easily enough of the ball in his role to justify his SC price-tag.

Isaac Quaynor: Strong body for an 18-year-old will hold him in good stead. Looked confident and eager to get involved. Nonetheless, he is trying to break into a suddenly strong and settled Collingwood team (even with Dunn & Scharenberg out) and he may struggle to crack a game early. If named Round 1 though, could be a good rookie option for us.