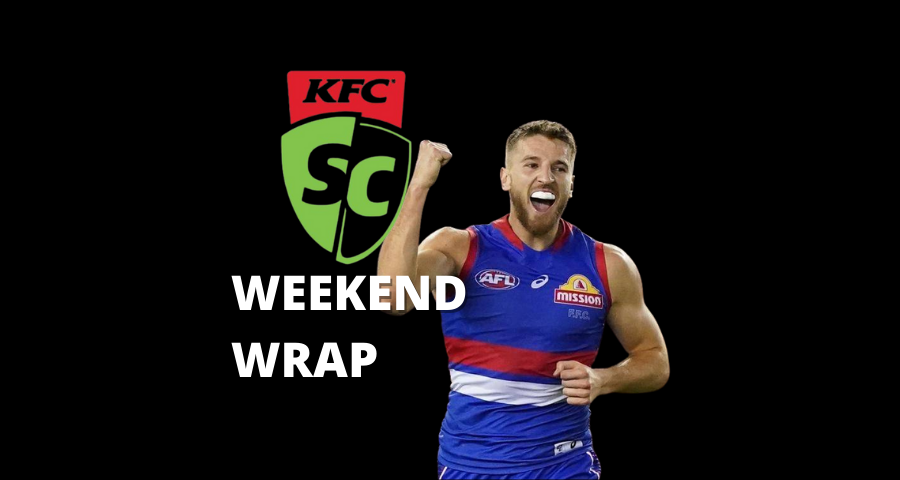 Death. Taxes. And another round where Dayne Zorko shows us the ceiling he’s capable of. All things true in life and Supercoach.

For those wise enough to have the VC tag on him on Thursday night were well rewarded with a 174 becoming 348. And for anyone considering grabbing him now he comes at an elite premium cost, rightfully so. Brisbane romped it in against Geelong, which saw the likes of Daniel Rich, Oscar McInerney, and Joe Daniher get amongst the tons. For those who have held Daniher, in particular, their patience is paying off in his current run of form. Lachie Neale battled well after what looked like a serious shoulder injury as well. On the Cats front, Patrick Dangerfield’s 97 keeps him in the mix for our forward lines, especially as he is now under 500k. Expect the 8% ownership to rise significantly in the coming week or two. Joel Selwood was looking sore by the end of the match and Tom Stewart was held well in defence. There’s no need to panic, but it’s worth watching.

The upset of the round became a talking point across the weekend. The Saints keeping the Tigers to 22 points was quite amazing really. Jack Steele’s 132 continues his great form this season, and Tommy Highmore makes more cash for his owners as well with a 91. Jayden Short nudged another 100 but everyone else really didn’t deliver what was expected of them. I feel for those who bought in Shai Bolton this week too. Ouch.

Wasn’t it great to see Brodie Grundy back doing his thing? He topped the scoring against the Dockers with assistance from Steele Sidebottom (115) and Taylor Adams (110). Andrew Brayshaw had a good game with 110 for the Dockers, while Sean Darcy continued his decent ruck season with a 90. Those who had held Nat Fyfe through the bye rounds were unfortunately hit a blow with his late out. A watch and see for this week by the looks.

North’s second win of the season against the hapless Suns provided plenty of high scores. Todd Goldstein helped his 8600 coaches with a 136. Ben Cunnington did it again for his owners and those who have decided to take the gamble on Jy Simpkin are reapingthe benefits with his 122. For the Suns, Touk Miller and Brandon Ellis. Enough said.

Lance Franklin nearly won it for the Swans in that final quarter but the Power managed to get it in the end. However, those that do own Franklin helped themselves to a nice 130. Callum Mills continued his run of form and Luke Parker also shared in the points. Jake Lloyd had his most underwhelming game of the season with a 73, and those who have held Heeney really have made an error in judgement as his score of 57 dropped his price by $36.6k. Travis Boak and Dan Houston topped scored for Port and showed glimpses of their opening season form.

Melbourne beat Essendon in a tight affair. The Dons top scorers were Zac Merrett with 147, then the usuals of Darcy Parish (121), Dyson Heppell (121), and Jordan Ridley (111). A number of teams may own all four of them, let alone one. Melbourne’s scores were okay. Nothing exceptional. And those of us who put the C on Max Gawn are surely now looking elsewhere as he has proved to be lackluster when sharing roles with young Jackson and being placed in the forward line to help their lack of tall options.

The Hawks over the Giants was also surprising, perhaps more so embarrassing for GWS. Nevertheless they still provided plenty of points for us. Whether you own Lachie Whitfield (116), Josh Kelly (110), Tim Taranto (100), Callum Ward (98), Nick Haynes (94), Matt Flynn still (84) or Toby Greene (84) I’m sure there was something in there for you. For the Hawks, surely it’s only Tom Mitchell who continues to be relevant? He scored a helpful 118 for his owners and stays in consideration for that M8 position. But poor Jarman Impey coaches were dealt a blow after his training incident on Friday afternoon. There’s a trade decision to be made there.

With an under-firing midfield the Eagles got done by the supremacy of the Bulldogs mids. Low scores by Tim Kelly, Andrew Gaff, and Luke Shuey didn’t help any Eagles owners. Perhaps that only satisfied coaches with an Eagle in their team are those who have stuck with Nic Naitinui all season. Why this guy isn’t talked about more this season I’m not quite sure. He’s ranked as the second best ruck in SC now and while Grundy has been out for a few weeks he averages 113 and has not scored under 90 since round one! Then we turn to the Dogs and see the usuals yet again. Marcus Bontempelli with a monster 156, followed by Jackson Macrae (136) and Bailey Smith (123).

The Blues did the job over the Crows. Jacob Weitering had a great 143, while it was good to see Sam Walsh nab a 131. Coaches who have held Walsh in his ups and downs this season would’ve been pleased, not to mention any Blues fan. Rory Laird and Tex Walker grabbed tons for the Crows too, but other than that the relevancy of everyone else may be hard to justify.

It was finally good to get through the byes and have some ripping scores this week. There’s nothing quite like the peace of having 22 players named and playing is there?