In the past few seasons, Dustin Martin has achieved almost every possible success in the AFL. In 2020 he’s returned for fantasy coaches as a dual position player and the fantasy footy community couldn’t be happier.

Another year and another Dustin Martin Norm Smith Medal. Even though the 2019 season started slowly for him and his Tigers, the season could not have ended any better.

In AFLFantasy last season, he averaged 97 across the season, it was made up of ten tons with five scores of 128 or higher. He also had some of the lowest ceiling scores of his recent career with six scores under 80 with a seasonal low of 59.

Timing is everything in fantasy football and making the correct moves at the right time then you got insane value for money. For instance, if you started with him, chances are you would’ve been dissatisfied with his opening seven games. He had just the one score over 100 in AFLFantasy and two in SuperCoach. However, if you traded him in at round eight in AFLFantasy the following six weeks, he scored 135, 109, 105, 102, 140 & 128. While in SuperCoach it was 128, 92, 113, 97, 108 and 100. Speaking of SuperCoach, he had eight of his ten tons in the final 13 games of the season. Not a bad way to end the year.

Over numerous seasons we’ve seen the scoring ceiling, frequency and consistency of Dustin Martin. And with Champion data awarding him DPP eligibility on our forward lines it will be hard to pass on selecting him.

The other often unnoticed feature of his game is his durability since his debut back in 2010 he’s only missed just the seven possible matches. Compare this to a player like Nat Fyfe who a while has a comparable scoring history and made his debut in the same year and yet has played around 50 fewer games.

When you look at the 2019 scores of Dustin Martin, his scoring was a rollercoaster of a season. What caused the scoring variations across the season? Predominantly, the injury crisis the struck Tigers. Last year the Tigers forward line suffered from an underdone Tom Lynch and Jack Riewoldt who only played one full game before round 17 after suffering in-game injuries in round 2 and 6.

The lack of preseason for Lynch and injuries to Riewoldt forced the Tigers hand to play Dusty much less through the midfield and more forward as required. As the year went on, he was able to get much more consistency through his midfield and forward splits. This was more based on design rather than being ‘forced.’

Much has been made already in the preseason about the lack of quality premium forwards we have. The vast majority of top 10 scoring options are now available in other lines only and being able to have confidence in your selections upfront is far rarer. A player like Dustin Martin has shown over the past seven seasons he’s a durable and reliable scoring option. Since 2013 his lowest AFLFantasy seasonal average is 92.9 (2018) while in SuperCoach it’s 99.5 (2014).

Sometimes the temptation is to try and be brave and take on a player in the hope of gaining a competitive advantage. While I will always encourage and endorse people to be bold and play the game the way they want, I’m not yet convinced that Dusty is the one to do that too.

He has a ceiling and frequency of hundreds that outside of Lachie Whitfield and maybe Michael Walters no other forward has shown they can match. Additionally, he like Bachar Houli has a more superior scoring presence at the MCG and this year Richmond play Nine of the opening twelve games at this venue.

He also has shown over the past few years that the myth of him being a ‘slow starter’ is untrue. Beyond last years slow start (which I’ve explained why above) his two seasons prior were filled with good scores right from the start. In 2018 he posted 3 tons from his opening four games in all formats, while in 2017 he posted scored 139, 86 and 156 in AFLFantasy and 159, 118 and 155 in SuperCoach.

By seasons end you’re going to want him in your finished side. So I’m playing it safe, predictable and removing any potential cause for pain. In all formats, I’m starting with Dustin Martin.

After Lachie Whitfield has been selected from draft boards, coaches looking to pick up a forward will quickly turn their attention to the two time Norm Smith medalist. He’s a popular pick up for coaches that possess a late first-round selection where he’s getting picked up there or on the turn early in the second. 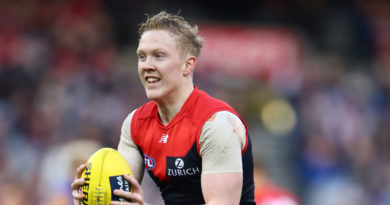 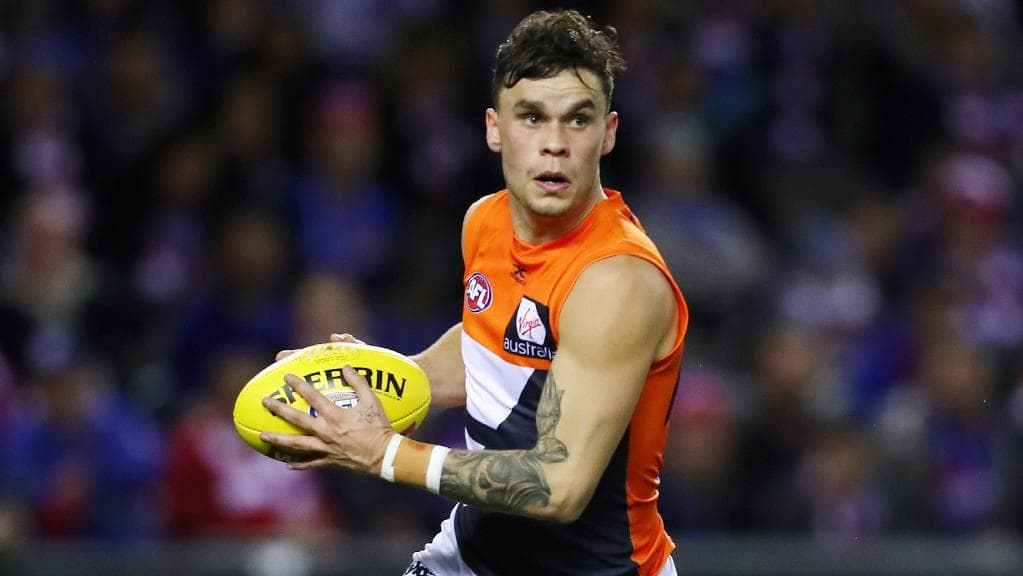 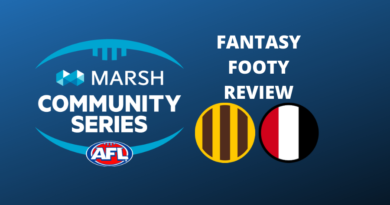