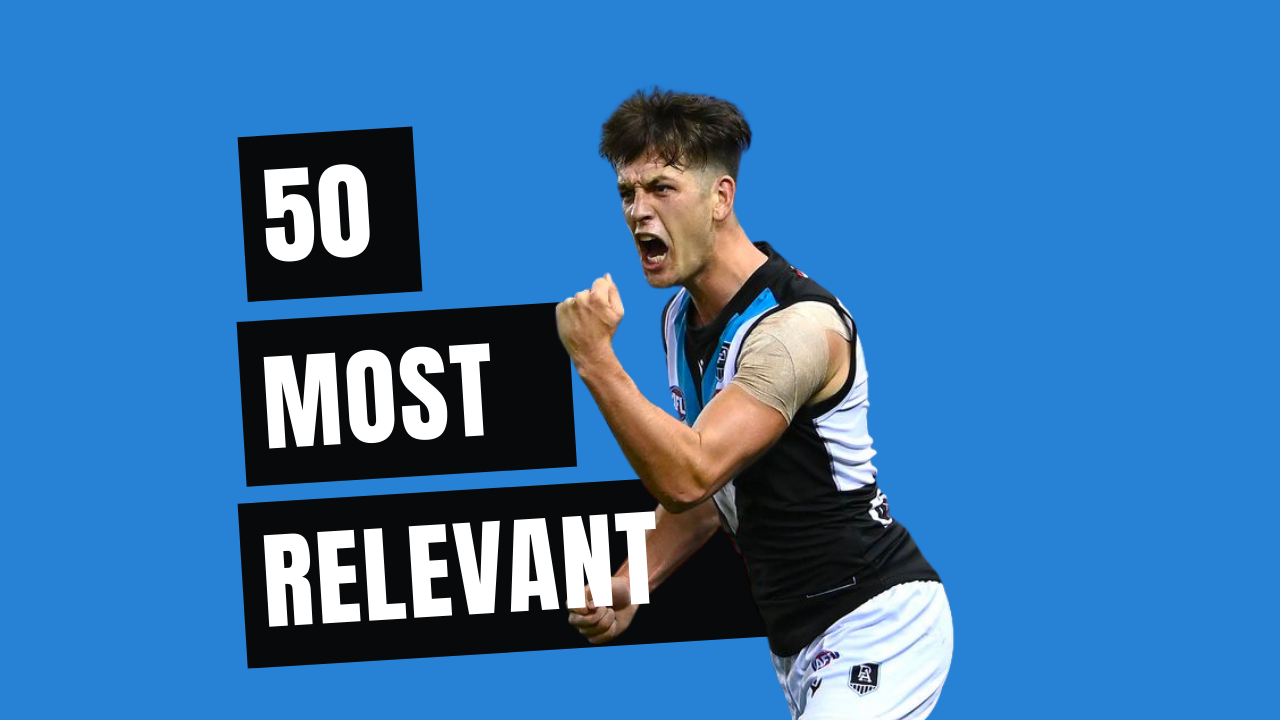 Over the past two seasons, Zak Butters has made the All Australian squad of 40 and has delivered a scattering of premium scores. Can he put it all together and be one of the best premium forwards in the game?

Just a few short seasons ago it was seen by some in the AFL media to suggest anyone other than Connor Rozee was the clear top player picked up in that draft. Now, there’s a case to be made that he’s not even the best player that Port Adelaide drafted that year. That’s no knock on Connor, rather, it highlights the supreme development that’s come from Zak Butters over the past two years.

In 2020 he made the All Australian squad of forty after playing just 34 home and away games of footy. Butters is crafty, clever and a damaging footballer by hand and foot. He’s already been contrasted to teammate Robbie Gray, and if he becomes anything like Robbie then he’ll be a premium fantasy option for many seasons to come.

2021 was a frustrating season for Zak, playing just ten games all year, but in reality two of those were vest affected. In AFLFantasy/DreamTeam he averaged 76, score one ton and four additional scores 80 or higher. While in SuperCoach, he averaged 82, hit triple digits in one game and had four additional scores of 90+. It’s his round two matchup against Essendon that has coaches most excited. He had 36 possessions, 6 tackles, 3 marks, 1 goal, & personal best fantasy scores, a119 in AFLFantasy/DreamTeam and 163 in SuperCoach.

What made the season frustrating is he suffered a serious knee injury in round four against the Tigers. In that game, he played just 57% game time but was on track for another monster with scores in the 80’s across the formats. Between rounds 1-4 he averaged 84 in AFLFantasy/DreamTeam and 103 in SuperCoach. Those averages if delivered over the season would place him clearly as a top ten forward based on current ranks. It’s not just one four-game stretch. Between rounds 20-22 he scored 88, 90 & 91 in AFLFantasy/DreamTeam, while for SuperCoachhe pumped out a 94, 76 & 96. Throw in the fact he has two vest affected games and he’s clearly value on starting price, let alone what might happen if he can improve his scoring output.

These scoring glimpses were evident the year prior. In 2020 he averaged 87 in SuperCoach, it consisted of six tons, five of them were over 110 and four additional scores 80 or more. While in AFLFantasy/DrewamTeam he averaged 62.3 in the short games (adjusted 77) and scored one ton (114 pure 142 adjusted) and two additional games 80+.

Entering into his fourth season the stars seem to be aligning for Butters to become a genuine star in the AFL and a premium for fantasy coaches in our forward lines.

Over the preseason Zak has been bullish about his intention to spend even greater amounts of time through the midfield. Last year he was a staple of the centre bounce rotation averaging between 20%-40%. When in the midfield he offers a fresh dynamic that players like Ollie Wines, Travis Boak and Willem Drew are unable to deliver.

In the preliminary final loss last year a lot was made over the lack of depth and options available through the Power midfield. And based on that game, it was a fair analysis. However, the club didn’t t didn’t go to the draft or trade period to ‘top up’ with midfielders. That means internally they believe they have the cattle already on the list to add further depth and fresh dynamics to the midfield.

The Port Adelaide forward line no longer requires Butters to play a heavy forward role like it did in 2020. The acquisition of Orazio Fantasia plus the refocus of roles of Robbie Gray and Steven Motlop allows the pear to let Zak ply his trade more in the midfield. I’m not advocating for a release into a full-time midfield move. That’d be robbing Peter to pay Paul. Instead, a split of 60/40 would see the full spectrum of his skillset be maximised.

Even without seeing much improvement in his ceiling, Zak could get better by just elevating his coring basement. If those ’40s-’50s scores that are littered across the past two years became ’60-’70s he’d have done enough to be in consideration as a topline forward option. That increase should come both with an increase in midfield minutes but also natural progression as he enters into the fourth season.

There’s a lot to like about Butters, but for me, I’ve still got some hesitancy to start with him especially in SuperCoach and DreamTeam. Not because I don’t think he can hit an average north of 90, but rather in these formats, we’ve had some significant changes (check them out here) that have hit the game. One of the most notable is the addition of in-season DPP’s much like AFLFantasy coaches have been used to. No longer are the forwards ‘locked for the season.’ But now for rounds six, twelve and eighteen we could have new big premiums added to this line. For example, last season Josh Kelly picked up forward status heading into round six last year. He pretty much averaged 110 in this format for the remainder of the year and became a must-have forward in order to have success.

With DPP’s coming into the game, it means our forward (and defensive) premiums must withstand the potential variance of higher scoring options entering into the line midseason. So my hesitancy about Butters as a starter isn’t about him at all. Rather, it’s about whether or not the scoring bar has been elevated for starting forwards that we now require a minimum average of 100.

In AFLFantasy he’s still a viable starter given you can still look to make $50-$100k off him and flip him into a fallen premium. While DreamTeam & SuperCoach will have 35 trades, I couldn’t advocate for that strategy of game style. I’m certain that covid protocols will hit your team midseason and you’ll need these extra trades.

He’s going to be good this year, arguably every good. But will it be good enough? If you are confident he will push scores closer to 100 regularly and average 95-105 then you’ve got your answer about whether or not he should start for you.

Much has been made about the forward stocks of 2022. With all formats now offering in seasons, DPP gains the bar of what is a strong Forward may have moved. Some will reach for an F2 spot because they see the upside. Others will react and wait for more F3. I’m of the opinion you can draft him at F2 with confidence.