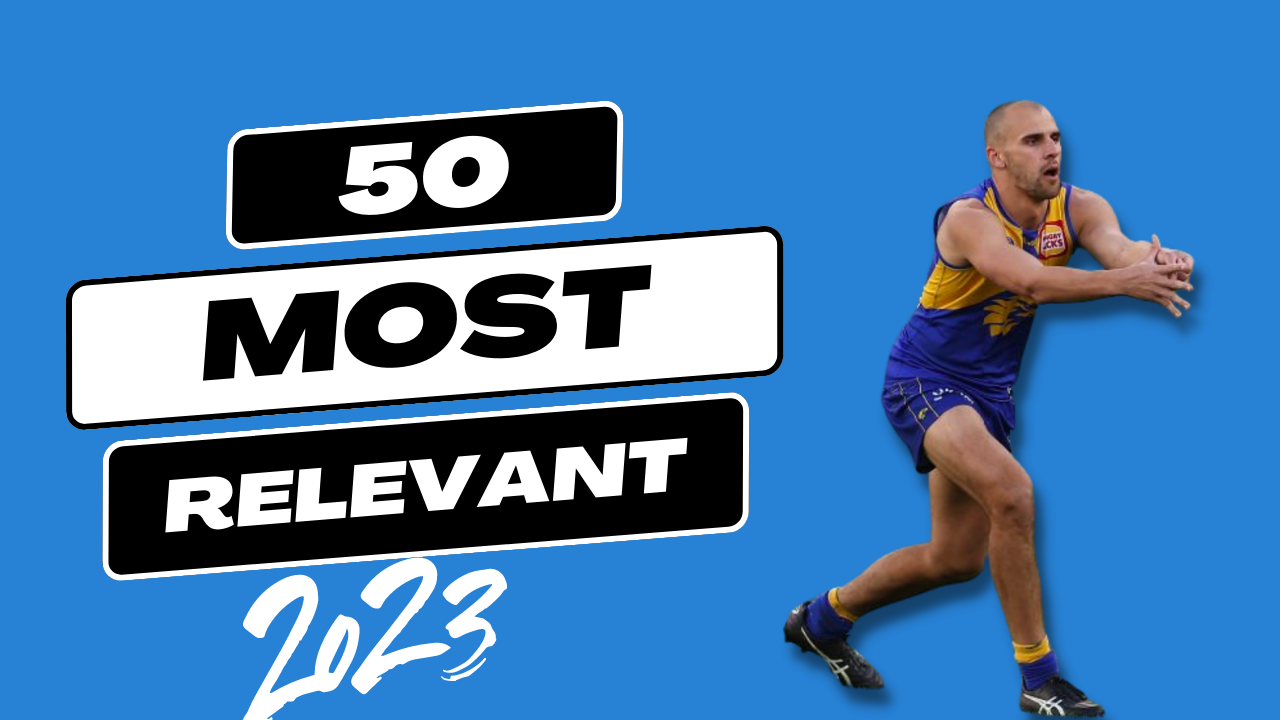 Injuries create two things: Opportunities and Value. For Dom Sheed, an injury-interrupted season has meant a significant discount on his starting price for the 2023 season. So is he the perfect stepping stone for your starting squad?

Nothing went the way of the Eagles in 2023. It started with the club being decimated by Covid and, in the early portion of the year, most weeks having to play top-up players that were listed outside the West Coast official AFL list. On top of that, the club suffered multiple long-term injuries to many experienced players. As a result, the club spent the first half of the season largely uncompetitive at the AFL level.

One of those players that had their year ruined by injury was Dom Sheed. The premiership-winning goal kicker had multiple setbacks across the season. In February, in a practice game against Fremantle, he suffered an ankle injury that required some surgery. He was able to make his return against Geelong in round fourteen. But within that, he suffered a setback with a stress-related lower leg injury that would mean he didn’t play another game for the year.

The reason Dom has made his way into this series should be apparent, but let’s be clear. Sheed is here because of his potential to be one of the best stepping stones for you this year. If you contrast his scoring power against his price point, the potential for value is apparent.

In 2021 he didn’t miss a game and averaged 91.3. It consisted of nine tons, four of which were above 120, including two scores of 135. In addition to these tons, he had five additional scores of 80+. While for SuperCoach, he averaged 82.2, scored six tons and four additional scores over 80.

This isn’t the only season that Sheed has shown a capacity to score multiple times near the upper ends. Across 2020-2019 he averaged 89 & 95 in SuperCoach and 95 & an adjusted average of 88 in AFLFantasy/DreamTeam. These aren’t averages of a premium midfielder, but you’re not paying for Sheed to be that. Rather, the attraction is getting a guy who can boost you some significant cash while scoring good high-level fantasy points. With multiple seasons of low 90’s averages, it’s easy to see that there could be nearly thirty points per game of upside, given he’s priced in the low 60s across all formats of the game,

Even though his 2022 season was ruined by injury, he doesn’t have a recent history where you should be concerned. Between 2019-2021 he missed just one game. That should give coaches the confidence to start with him should he be over any lingering effects of his lower leg injuries. He’s got a history of being a constant figure on the field for the Eagles.

When a player is coming off the back of a serious injury like Dom Sheed, the first consideration before selecting them is to determine their current fitness and health status. Positively the news out of the Eagles camp is extremely positive. The club has been ‘impressed’ with his workrate, skills and leadership, especially in match simulations.

At 27 years of age, Sheed should still be a central piece of the Eagles midfield rebuild. But the unknown variable is who gets midfield minutes alongside him. That matters because, depending on the makeup, he might take a more senior or supporting role. Does West Coast push hard and maximise the experience of Tim Kelly, Elliot Yeo, Andrew Gaff and Luke Shuey? If these four are staples, Sheed will have a potential cap on his scoring and might need to be moved on sooner rather than later.

Alternatively, does Adam Simpson give the kids the keys to the engine room and let Liam Duggan, Jai Culley, Elijah Hewett & Reuben Ginbey get high minutes exposure? Should this eventuate, Sheed could end up as the leading centre-bounce midfielder for the club. It’s likely a combination somewhere in the middle, but that would still make Sheed relevant based on his scoring potential vs. cash outlay.

It is possible to go too heavy on midprice/stepping stones, especially in the limited trade formats of DreamTeam and SuperCoach. For example, Ben Cunnington as a MID/FWD is a mere $80,000 more. Christian Salem is under $70,00 more. Elliot Yeo is only $5k more, Jacob Hopper is the same price, while James Worpel and Nat Fyfe save you money. All present value. However, you can only really start a few of these. You could find yourself running shallow on trades if the majority don’t become premiums. How you rank Sheed alongside these names will ultimately determine whether he’s right for you.

If Sheed gets through the preseason without any setbacks and he’s playing through the midfield, then regardless of the format you play, he’s got to be a consideration. For the Sheed selection to be viewed as a success, he doesn’t have to average over 90; that’d be ideal but not essential. Going mid 80’s is enough to make the pick worthwhile. In AFLFantasy/DreamTeam, Sheed is right in the mix as a starting squad option. While for SuperCoach, I’m currently selecting Jacob Hopper at the same price ahead of him. I’ll take the player on a good side with the same scoring potential over a guy in a potential bottom-four side. I know some coaches want to get both, but based on the structure I have currently, I won’t be doing that.

A good season for Dom Sheed would have him knocking on the door of the top fifty midfielders. To do that, he’d need to average 90 across the formats. While it’s a potential outcome, I’m not prepared to reach for a pick for him at an M5 range. If he falls to me as an M6/7, I’ll happily take him, but any higher and I’ll happily let him go.