#31 Most Relevant | Will Phillips 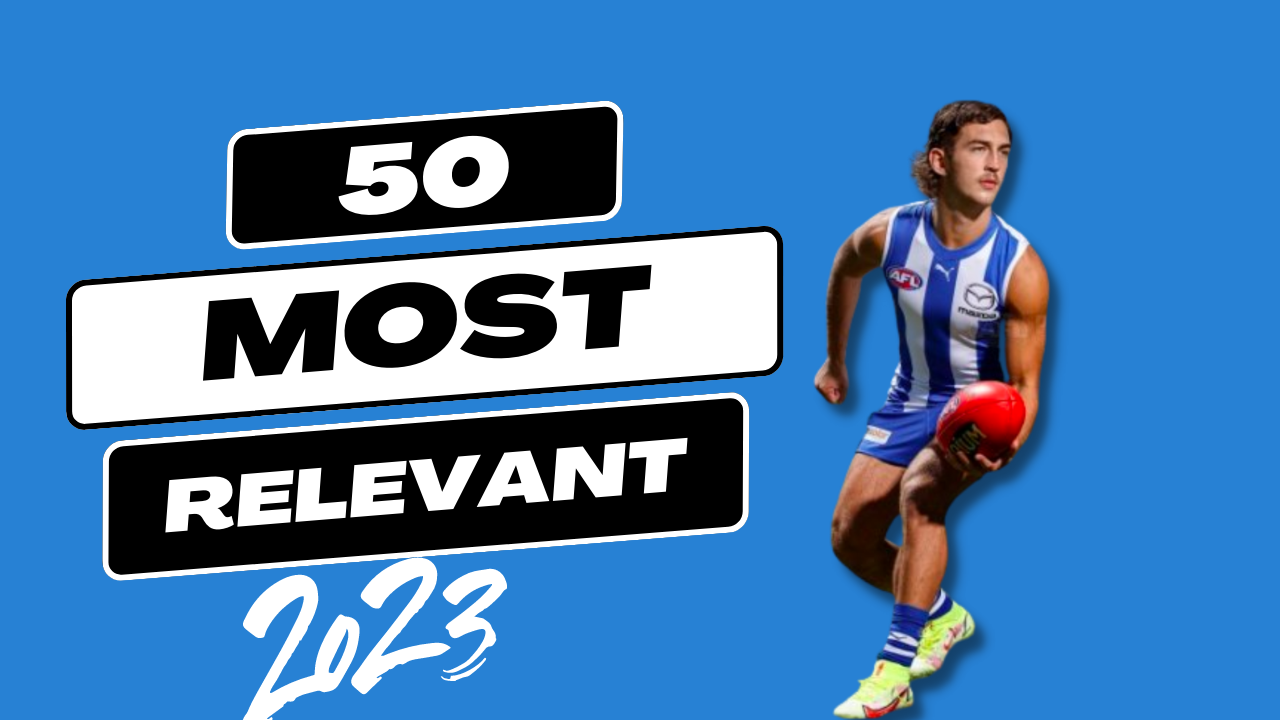 After a solid debut season, injury ruined the 2022 season of Will Phillips, and he didn’t play a game all year. The former early draft selection is fit, firing and ready to make a mark in 2023.

Not much went well for North Melbourne in 2022. The club got their second consecutive wooden spoon, sacked their coach, star Jason Horne-Francis demanded a trade, and Will Phillips failed to play a game after getting struck down with Glandular Fever.

Phillips is a powerful midfielder. As a junior, he showcased his clean hands and was elite at clearing the ball out of tightly contested situations. While it has yet to be on display much at the AFL level, he’s a fierce tackler and knows where to go to accumulate the footy. He’s the perfect guy to replace the departure of JHF.

In 2019 as a junior at Oakleigh Chargers, he averaged 22 touches, four tackles and 2.6 marks per game from his ten NAB League outings. While there were some question marks around whether North should’ve selected Phillips at pick three, it had nothing to do with Will. It was more to do with the obvious need for North to add some key position forward presence. Will was ranked head and shoulders as the best pure midfielder from the 2020 draft class.

From his fourteen games of AFL, he averaged eleven possessions, two marks and two tackles per game. During the season, he had only two games that he attended over 40% of centre bounces. Regulalrly he was being used as a pressure forward. It’s why he entered the 2022 season with MID/FWD status. For AFLFantasy/DreamTeam, he averaged 44 and had just two scores above 60. While, for SuperCoach, his average of 48 four scores over 60, including a 73.

The greatest appeal for many with Will is that he’s priced as a cash cow across the formats. And ultimately, that’s the primary reason he’s inside the fifty most relevant. But his relevance is greater than this. Most cash cows have an element of forecast and uncertainty about whether or not they can perform at the elite level. In Will’s case, he might have had little opportunity in 2021, but we know that he has shown moments that he belongs at the AFL level.

With AFL clubs back from Christmas break, the footy news is coming out from clubs. Naturally, North Melbourne needs a feel-good story, and there’s not much better than a former high draft selection finally back to full health and training well. So it’s no surprise that whenever any player or coach speaks to the media, Will Phillips returns to health, and his strong preseason is the first thing mentioned. Phillps told fans via the club’s website, “I started from a pretty low base but I feel like I’m in a position now to be able to ramp up my training and hopefully get involved in the practice matches in a few weeks.

Earlier in the preseason, we added LDU and Ben Cunnington to the fifty most relevant we’ve discussed at length the North Melbourne midfield mix and how they might structure up. Regardless of what Clarko does, I see Phillips getting plenty of midfield opportunities. There are some Joel Selwood and Lachie Neale tendencies about his game. The club is knee-deep in a rebuild, and Clarko has shown early days in his time at Hawthorn, he’s happy to expose younger players early in their career to take on big responsibilities.

The job of your cash cows is to do one thing. That is to generate money as quickly as possible so that you can upgrade your team’s premiums. The thing that stops cash generation quickest is having a cash cow getting infrequent games. With playing, the price can move. I’m so comfortable adding Will to the fifty most relevant because if he’s fit, North Melbourne will want to get 20+ games of football into him.

Don’t get too cute; you’ll pick him if he’s named round one. And that makes plenty of sense. The only reason not to select him is if we get an abundance of midfield cows with comparable scoring, identical job security and at a cheaper price point.

In a single-season draft, Will Phillips will get selected. This is because he was such a high-end draft pick from his draft class, plus the preseason conversations about him in salary cap formats will keep him in draft coaches peripheral knowledge. But he’ll be a late-round selection that will populate our extended squads on the bench.