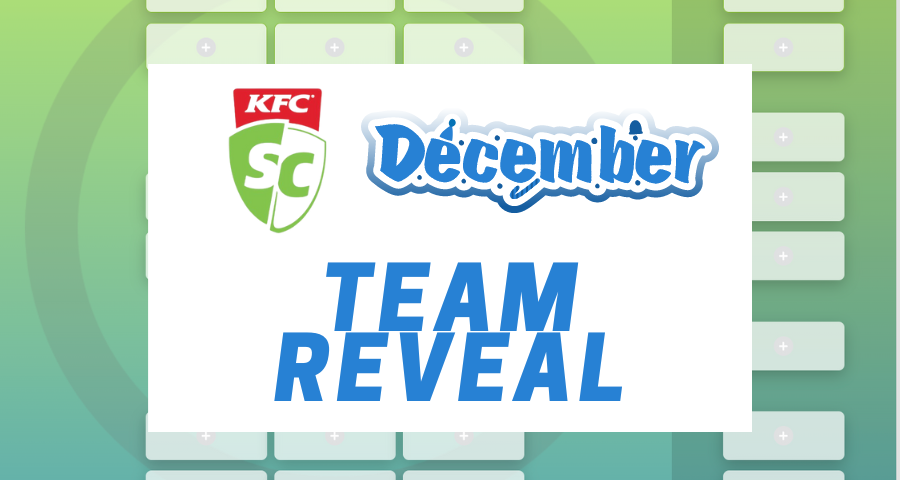 The defensive premiums in 2023 look like a mixed bag, and I expect a lot of diversity in the ones that coaches will start. The standout for me is Tom Stewart, who has shown he has the ceiling that you would be envious of in midfield premiums. Having an inbuilt injury-affected game in his price and a ridiculously high percentage of games where he tons up, Stewart is one who I don’t see moving from my backline at this stage.

The biggest watch of the players in my backline is Angus Brayshaw. When his CBAs spiked in the last few games of the season, he averaged over 110 and went at 105 from round 11 onwards. Brayshaw might need CBAs to push a higher average, but he has shown that even without midfield, he can push near to the 100 mark and, given the losses in defenders this year, that might be enough to push top six.

The breakout candidate in Hayden Young is one I’ve been watching since the middle of the season. From round 8 onwards, he went below 78 once and had supreme consistency in scoring output. Fremantle will likely continue to give Young a more prominent role as he develops, including more kick-in responsibilities. With free reign to do as he pleases across HB, Young is one to monitor.

Both Elliott Yeo and Connor McKenna are underpriced, but for different reasons. The watch on these two will be fitness and whether they are best 22, respectively. If Yeo remains fit through the preseason, he might be one you have to start, whilst the price tag of McKenna means that, should he be named round one, he will be in most teams.

The rookies in Campbell Chesser and Darcy Wilmont won’t surprise many, though as it is with all rookies, we wait to see whether they are named when the season starts. Corey Wagner is a sneaky one to monitor for the 2023 season, as the departure of Blake Acres might leave a free wing spot for him to stake claim to at Fremantle.

Callum Mills, Jack Steele and Darcy Parish all present value for 2023 based on injury affected games last year, while I’m predicting a big bounce back for Jackson Macrae with the departure of Josh Dunkley. All four of these should be captaincy options in any game, and have shown they can match it with the best.

Much like most other team reveals, the one mid-pricer I am looking at here is Jacob Hopper. The difference between his price coming into the season and his proven scoring potential means that he would’ve been a lock in many sides if he had stayed at GWS. The move to Richmond cements his position in my team at this stage as there should be plenty of opportunities for him.

The rookies in Ashcroft, Humphrey, Phillips, and Hewett are all ones to monitor in the preseason and almost certainly pick if they start. Dowling and Baker are also track watches and might be less likely to start, but they should be considered if they do.

There will be a reshuffle in the best rucks for the 2023 season with Max Gawn and Brodie Grundy together at the Demons. Grundy’s departure allows Darcy Cameron to maintain the number one ruck mantle at the Pies. His season is defined by the disparity in scoring before he was the ruckman and after. There is enough upside and proven scoring with Cameron to show that he can push over the 100 barrier which should put him up in the top few.

The decision between Tim English and Rowan Marshall will be one that I’ll be thinking about most of the preseason. Both players can push over 110, but at this stage I will be going with English because he has slightly more security in role. Should I want both, I may even be interested in restructuring and moving Cameron to my forward line as additional Ruck security.

Jacob Edwards is among the few rookies who could get a game as a ruckman in 2023. With DPP flexibility and a low price, he can hold that spot for the time being.

I’ve thought about which of the big premium forwards are best to start with in 2023 for a while, especially after it was revealed last week that all of Josh Dunkley, Tim Taranto, and Connor Rozee held the DPP. As a result, I couldn’t at least try to see what a team looked like with all three of them. Given where the more probable rookies look, I could see many teams rolling out with these filling F1-3 when the season starts.

Nathan Fyfe and Toby McLean both provide immense value as forwards, but much like Yeo and McKenna in the defence, Fyfe needs to show fitness and an uninterrupted pre-season and McLean needs to prove that he is best 22. Should they show this, they’ll be popular starting selections and both in my team.

Jacob Van Rooyen and Sinn are players who, with another preseason, will push for selection in their teams round one lineups, while Mattaes Phillipou is a player who oozes class and could see an early call up from Ross Lyon and he looks to mix-up their midfield dynamic.