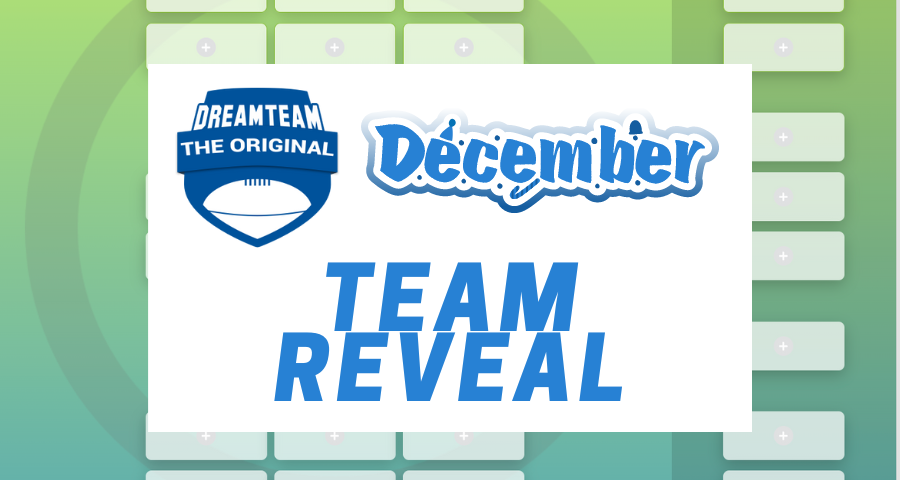 With the DreamTeam team picker now open, I decided to share my current DT team and tell you why I’ve picked every player. Enjoy!

Six players in DreamTeam start with a seven-figure price tag. In this team, I have two of them. The only million-dollar man in the backline is Sam Docherty, and after averaging 110 last year, I’m starting him because he’ll be in a similar range again in 2023. He might be $50,000-$80,000 cheaper a few rounds into the year, but I’ll remove any headache and lock him in from the beginning.

Tom Stewart could easily become Jack Sinclair or Jordan Dawson. But I’ll start with Stewart for now. If the formats view the round thirteen bye round as a ‘best 18’, then starting Cats/Suns premiums will become a very strong play.

Hayden Young has a DT game and is already ranked inside the top twenty defenders by average. His weapons are his kicking and aerial intercepting. If the Dockers’ key position defenders can stay healthy, I can see him being freed up and pushing his average well into triple digits.

Nick Coffield is only $35,000 more than Will Ashcroft, and I believe he’ll thrive under a new coaching regime. After missing the whole of 2022 through injury, he received a health discount. Historically Coffield is a safe 60+ averaging defender. I’ll drop him down if more cash cows emerge, but he’s my cheap stepping stone for now.

Connor McKenna is dirt cheap, and if he’s best 22, he will be a staple of good team on field backlines. He wouldn’t have returned to Australia to play in the minor leagues. At the very least, the Lions have told him the spot is his to lose.

Campbell Chesser will be popular after not playing in 2022. The Eagles will be desperate to get games into him. Darcy Wilmont might not be the lock he was with the arrival of McKenna, but at worst, he’s a placeholder. While I couldn’t leave out Will Gould from a team reveal.

Regardless of the opposition matchup, you can bank on Jack Steele and Touk Miller as captaincy options weekly. It would be best to have multiple captaincy options in your starting squad. Others might like Andrew Brayshaw, Rory Laird, Callum Mills or even Clayton Oliver. Whoever they are, it might be more personal preference. But, again, you need at least one of those six in your starting squad. All of them are capable of 110+ seasons. I’m just investing in two of them immediately.

Jackson Macrae historically has been a regular and 110+ midfielder. The popular narrative amongst the DT community is that he possesses significant value and can easily head back there. Darcy Parish had a stunning 2021 and an excellent start to 2021 before he hit a few injury hurdles. Barring injury, I don’t see how he doesn’t become a 108-115 midfielder next season.

In the midfield, I normally don’t go for ‘unproven premium’ players in the range of Caleb Serong. In this range, you have to be bullish that a player in the high 80’s can become a triple-digit performer. If they don’t, it’s a failed selection. When it comes to Caleb, he has the scoring pedigree to match the current trend. He’ll average between 100-105 by the season’s close.

Cooper Stephens should return some significant return on investment. His move to the Hawks was increased opportunity, and at the rebuilding club, he should get it.

Every man and his dog will have Will Ashcroft, and with good reason. It should be similar ownership numbers for Will Phillips. After missing the 2022 season with injury and sickness, the former early draft pick should be used as a critical part of the North Melbourne rebuild.

My bench cows are placeholders, but all should get some opportunity this year.

What happens in the rucks might decide the destiny of teams in 2023.

Of all the ‘premium’ rucks available, I have the most confidence in Tim English. He increased his average by twenty-one points per game. Before sickness and injury halted his run last year, he was unstoppable. Seven of his first nine games were tons, and his lowest score in that stretch was 95. He should not just maintain but improve his scoring.

I’m not a fan of ‘set & forget’ as a strategy in the rucks this year. Many are bullish on Rowan Marshall, and I agree he’ll have a strong year. But even if he goes 100, is that sufficient? Nobody knows the scoring impact of ruck sharing for Brodie Grundy and Max Gawn. Does Luke Jackson help or hurt Sean Darcy? All of Gawn, Grundy & Darcy are capable of 110+ seasons, and I’d hate to lock myself out of getting into one of these three.

It’s for that reason I’m chasing some value at R2. Scott Lycett has multiple years of averaging 80+ at Port Adelaide. In 2021, in the first thirteen games of the year, he posted four tons, and his scores dipped under 80 on just three occasions. He’s the Power’s best ruck, and starting with him enables me to get a clear view of the best R2 for the year.

Jacob Edwards is my DPP RUC/FWD, who’s there primarily as my VC/C loophole execution.

Nobody should be surprised to see Josh Dunkley on this side. The former Bulldog enters the year as the most expensive forward, and his average of 108 feels like value, given the forecast of more midfield time at the Lions. He genuinely could be the top-scoring player this year.

Plenty of options could be landed at F2, but I settled on Tim Taranto. Tim has a history of going 110+ before, and now at Richmond, the permanent midfield role he’s craved should come into effect. Again, no downside with this pick, as I can’t see him averaging under 95.

Over the final 18 rounds of the 2022 season, Connor Rozee averaged 98 and nine tons. However, in the last seven games of the year, he posted six tons and averaged 110. Priced at 88, he is a premium forward that gives coaches some value upon investment.

Toby McLean is a proven performer, and if he’s named for round one will be on every good team’s side. Mattaes Phillipou should create a new dynamic in the Saints midfield and forward lines and get games early.

The final three cash cows are placeholders. More information as the preseason is required to lock into anyone. But Luke Pedlar, Fin Macrae and Josh Sinn will all be around the mark for breaking into their respective sides.