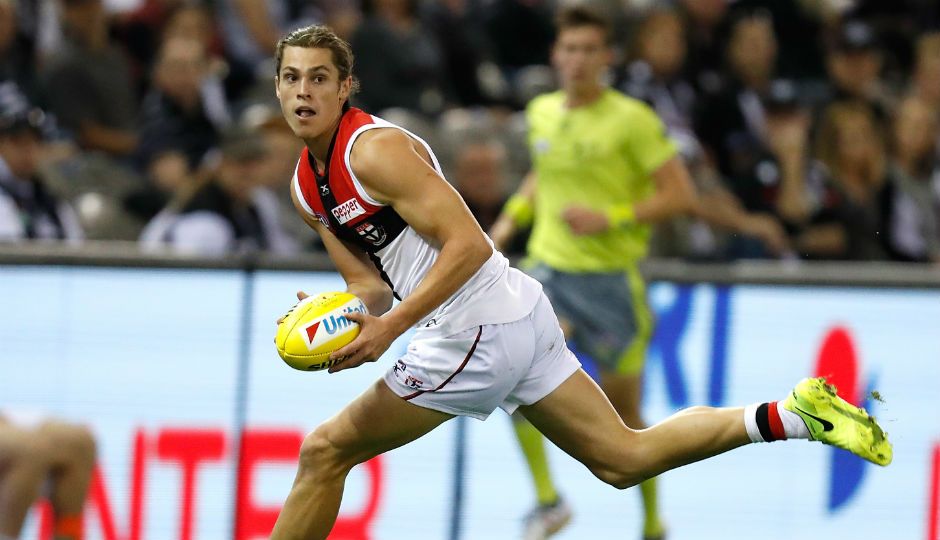 The Saints have a fantastic early draw on paper with games against the Gold Coast, Essendon, Fremantle & Hawthorn. Is there opportunity for clever coaches to capitalise on this for a handy head start on the competition?

So to help you with that, we’ve assembled the Panel yet again and pitched a few categories to see who we’ve been keeping an eye on this preseason – a player to lock in now, an expected breakout contender, the best cash cow, an interesting left-field option, and a sneaky name to file away for a value draft pick.

These are the St Kilda players on each Panelist’s watchlist right now:

Jimmy: “Lock” might be a bit strong but there’s a fair case to argue that Jack Steele could end up in the top bracket of Fantasy midfielders this year. Finished the 2018 season with scores of 101, 124, 120 & 145. Loves a cuddle and is the type of contested animal that should seriously thrive under the new rules.

MJ: If you were big on Jack Billings last year I still believe you need to consider him this year seriously. Round one match against the Suns should help get away actively on the fantasy scoreboard

Rids: Seb Ross. Bloody frustrating to own! He will dominate a qtr then not been seen again the next qtr (Richo at fault here as he has been pushed deep backline etc). One thing is for sure though! When Ross plays on the ball, he does not stop finding the it. Lock him in if you are looking for a ‘real’ unique.

Tim: Jack Billings. No locks at the Saints, Billings the best of a bad lot.

Fox: Seb Ross is a ball winning beast with great durability, expecting him to push into 110 territory, will burn the turf early at Marvel Stadium

Jimmy: Hunter Clark is one of those forgotten top ten draftees from recent seasons with immense talent and minimal opportunity to date. Will flourish sooner or later and this could well be his year.

MJ: This feels like I’m dodging the system, but I think Jack Newnes looks sets for a bounce-back season. After being used predominantly off the wing and halfback most of his career in 2018, he for some reason got used as a pressure forward. The JLT role suggests he’s playing back higher up the ground which should see him returning to his more regular scoring form of 2014-2017.

Rids: Jade Gresham. I hope this actually evenuates for Saint supporters. Kid is a ball magnet. Has played as a small fwd the last couple of years but the time is now for the midfield!

Tim: Rowan Marshall. Saints really have only Longer Pierce and Marshall as ruckmen. Sounds like they want to play at least two of the three when fit but if Marshall beats out the others for that spot then he’ll be a massive breakout & cash cow.

Jimmy: Matt Parker appears to be set for a round one debut (touch wood) and has done all the right things throughout the preseason to give us confidence in picking him.

MJ: The best option here and I use the word ‘best’ loosely is a mature-age recruit, Matt Parker. Has some XFactor about him, something the Saints forward line has lacked for years. Don’t expect 60-70 scores, instead count any time he goes over 50 as a bonus.

Rids: Nick Hind. Mature aged running defender. Likes to run and carry which is something the Saints really do need. Could easily be 2019’s version of 2018’s Sam Murray. One to watch.

Tim: Billy Longer. Following on from above, the same logic could apply here as for Marshall above but assuming Longer becomes the solo ruck.

Fox: Nick Hind poached from Essendon, this mature ager with lightning speed and a K/HB ratio of 2.2 is almost a must have

Jimmy: If Jack Steven lines up for round one as reported, you’d be one of only a handful in the competition picking him. Not a bad thing at all given his ceiling and first few opponents.

MJ: Starting with Jack Steele would be ballsy given the number of other options that are more proven like Dusty and Sloane priced near him, but he’s shown the scoring potential late last year and again in the JLT.

Rids: Jack Billings. His 2018 was one to forget yet his overall average was salvaged late in the season. Burned many to the point they wont be back. He will still be popular with those price tags but not as popular as this time 2018.

Tim: Blake Acres. Fwd status, quality player, wins a lot of the ball on his day.

Fox: Jack Billings showed us his value in the second half of last year averaging 97 DT and 93 SC in his last 10, we get him to the equivalent of 10 points cheaper this year

Jimmy: There’s a strong chance that if you’ve finished your draft already, Tim Membrey is still sitting on the waiver wire untouched. Check out the Saints’ early draw and consider for your last forward spot if perhaps otherwise a little light there. And if he does perform early, don’t hesitate to trade for anything better than a half-eaten packet of chips should you get the opportunity.

MJ: I spoke about Jack Newnes earlier, but you should be able to grab him super late and get returns of 80+ scores. Massive win!

Rids: Dan Hannebery. It was only 2 years ago that Hanners was a first rd selection. Fast fwd to 2019 and suddenly he becomes a m7/m8 in one of the greatest slides I can remember. Keep an eye on him. Cheap for me is round 15 onwards.

Tim: Will tip in for Blake Acres again here.

Fox: Billy Longer will be sitting there for most of your draft, but could be anything if he sole rucks, his last 7 games in 2017 netted him a whopping average of 99 SC points