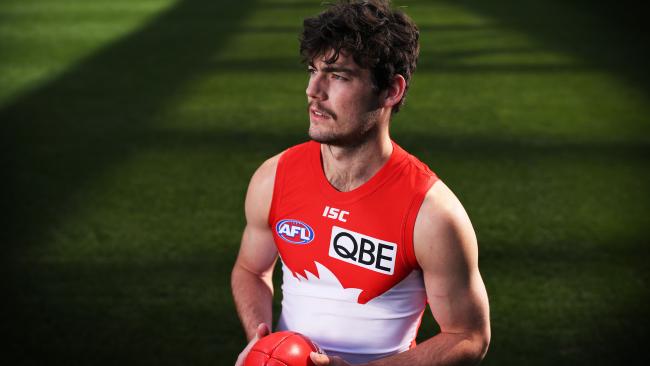 It’s hard to know how the perennial ‘there or thereabouts’ Swans will perform for 2019. Some new faces in the engine room appear likely and assessing the potential relevance for each always makes for an interesting debate.

So to help you with that, we’ve assembled the Panel yet again and pitched a few categories to see who we’ve been keeping an eye on this preseason – a player to lock in now, an expected breakout contender, the best cash cow, an interesting left-field option, and a sneaky name to file away for a value draft pick.

These are the Sydney players on each Panelist’s watchlist right now:

Jimmy: I really do think that Jake Lloyd is the safest of the defender premiums likely to maintain their scoring this year. Load up.

MJ: It’s vanilla, it’s boring but when you talk locks at some point in then year you’ll want to have Jake Lloyd in your side.

Rids: Jake Lloyd. Top 2 defender in DT/AF. Great bye round. Just start with him and solve all other issues.

Tim: Isaac Heeney. Talk of increased mid minutes for both Heeney & Mills in 2019 among the Swans and he’s already a premium fwd.

Fox: Jake Lloyd, no need to explain just lock him in and throw away the key

Jimmy: George Hewett has definite shades of JPK about him and I expect that sooner or later he’ll be unleashed to hunt the ball instead of just the man.

MJ: It probably won’t be to land him as a keeper by seasons end, but he doesn’t need to be. Oli Florent was spoken about by Luke Parker in our most recent podcast as someone to watch & I agree with him. Skill, poise, class and pace! The kid has it all.

Rids: Ollie Florent Saw this kid play at Punt Road as an 18 year old and was super impressed at the time. Nothing I have seen since has made me have a rethink. Will break out big time in 2019. I am expecting 85+ across all the formats as his development continues.

Tim: Callum Mills Talk of increased mid minutes for both Heeney & Mills in 2019 among the Swans and he was an absolute ball magnet in juniors so a change of role here would interest a lot of fantasy coaches.

Fox: Callum Mills finally after 3 long years we may get to see what this young star has to offer on ball and in the clinches

Jimmy: Honestly, look elsewhere to start the season but keep an eye out for Matthew Ling on the bubble if/when his time comes.

MJ: If you need a throwaway R3 that has some potential to play then consider Darcy Cameron. Won’t be a massive scorer, but the club loves him.

Rids: Matthew Ling. High draft pick from the year before last. Quick and smart with ball in hand.

Tim: Nick Blakey. Hard to pick one so just defaulted to top ten draftee. Should get some exposure at some stage.

Fox: Nick Blakey knows his way around the club and surely gets a feed from his young mates

Jimmy: Callum Sinclair shares the same bye round as Gawn & Grundy but does have the advantage of being significantly cheaper with that gap likely to close somewhat this year if you’re looking to take on one of the big men early. Navigating round 13 will still be tricky, though.

MJ: Even in his debut season we saw some strong indications that Tom Papley can score. Will he go enough to be a hold for the season? Unlikely, but if your looking for a unique stepping stone then he could be your guy.

Rids: Luke Parker. History tells us he is a 10 pt a game better player across all formats than what he averaged in 2018. He will definitely be unique in 2019. His ceiling is huge and could be a serious premium breakout candidate if he gets the mid minutes required.

Tim: Jarrad McVeigh Hard to pick a good unique so just went for a guy who finished the season very well (barring injury).

Jimmy: Jackson Thurlow is almost a certainty to gain defender status in the first update of DPP this year and appears to be settling well into the old Mills role.

MJ: Ryan Clarke looks t have secured a running defender role and certainly should provide an upside of 10 points to his current average if not maybe more. Worth a late round pick up for sure.

Rids: JPK. Saw some pictures of this man last week. Wowsers he looks fit. Will definitely slide in drafts this year but is right in the mix for a 100+ avg across the formats.

Fox: Tom Papley, could get a fair bit more of it through the midfield in 2019 and you’re picking him as a forward