What a final round of football! Some close contests, some percentage boosting performances, a kick after the siren to claim the minor premiership, and even a draw. As for our Supercoach results, I hope you were able to take out your GF or at least make the most of the points on offer for a solid rankings boost.

At this time of the season it’s all about being able to field a full team, particularly considering the volatility of coaches and their selection panels. We were certainly his with that last week, but this week was a little more kind to us. Having said that, if you were banking on Josh J. Kennedy, Tim Kelly, Harris Andrews, Josh P. Kennedy, Jack Bowes, or Jack Ziebell in any way then you would’ve been disappointed. For those of us running close to the line in terms of emergencies then this would have meant you were eating a donut or two.

The weekend began with a cracker as Port Adelaide solidified their top four position with their sixth win on the trot. The Bulldogs have a little work to do to stay in contention now, which we realise they’ve done before, but it is a concern when Bontempelli is spending time in the ruck! Jackson Macrae topped the Bulldogs with a 113, his lowest score in 10 weeks. This was followed by Caleb Daniel (110) and Bailey Dale (101). For Port though it was Ollie Wines with a monster 161 top off an excellent run since the bye rounds. Travis Boak (134) and Robbie Gray (126) rounded out the top three and showed their experience in important games.

Richmond v Hawthorn made a game of it despite it not meaning much at all for either side. To be fair, it did have a couple of retirements and it was the final match for Alistair Clarkson as the Hawks coach. It seems then a draw was the ideal result. The Tigers showed they’ve got work to do over the preseason but Jayden Short led the scoring for them this week with a 117. If he was your in for Tom Stewart last week then you made the right choice, he’s ended the season well. While Tom Mitchell hasn’t had his best season he finished off well here with a 127. Jaeger O’Meara (120) and Chad Wingard (117) followed close behind. A little irony there with those three being Clarkson trade targets over the past few years.

With some big Sydney in’s including Callum Mills, Jake Lloyd, and Lance Franklin, it gave many coaches the defensive reprieve they needed. While Mills perhaps wasn’t the wisest choice after still dealing with his achilles tendon issue, the other two were very helpful with 154 for Lloyd and 127 for Franklin. Jordan Dawson’s 158 can’t not be mentioned either. He has had a great season and moved into the fifth best ranked defender with this score. A bit more consistency and he’d be owned by more than 2% of coaches. As for Gold Coast, Touk Miller (148). Enough Said.

For Brisbane it was all about percentage to nab that top four spot and they did it in style with 30 seconds to go before the final siren. A behind has never meant so much. Familiar names of Lachie Neale (133), Daniel Rich (119), and Jarryd Lyons (113) all scored well for the Lions. For the Eagles, NicNat had a monster 165, while Luke Shuey (123) and Alex Witherden (103) made up the top three. If Witherden can get right for next season over the summer then he will be a well priced defender to look out for in 2022.

With the minor premiership up for grabs for Melbourne it was somewhat surprising to see them down by up to 44 points against Geelong. But what became more surprising was that they were able to claw that back and win byond the final siren with the last kick of the game. A huge win and a significant one for the team and their supporters. It was also significant for coaches too, particularly if you managed to put the VC or C on the likes of Clayton Oliver (159) or Max Gawn (159). While for Geelong Mark Bicavs (128), Joel Selwood (118) and Cam Guthrie (115) headed their team scoring list.

Also on Saturday night GWS defeated Carlton. Callum Ward (150) and Josh Kelly (124) led from the front, and Nic Newman (128) and Ed Curnow (113) for the Blues. The main commentary out of this game is all about the poor treatment of David Teague and everyone feeling for him as the Carlton board dilly-dally around.

On Sunday things weren’t so tense or significant. While Fremantle put up an insipid performance St Kilda finished off their season well in the end with a 58 point victory. Hayden Young (112) and Andrew Brayshaw (112) got the numbers for the Dockers, and it was the familiar names of Jack Steele (129) and Rowan Marshall (120) for the Saints. Steele continued his form from last season, ranking as the second best midfielder and topping his teams numbers time and time again.

The Dons did a number over the Pies, well and truly solidifying their eighth position. Devon Smith had a terrific 148, followed by Zac Merrett (120) and Jake Stringer (105). Jamie Elliott (113) and Chris Mayne (110) topped for the Pies as they firm up 17th position, begin mad Monday, and select a new coach.

The final game of the season was between Adelaide and North Melbourne. Not a particularly inspiring game, however Ben Keays had the score of the round with a 173, followed by Rory Laird (148) finishing off a terrific season. Aaron Hall and Tarryn Thomas both managed 139 for the Roos and sailed off to the season’s sunset.

And so that’s a wrap for season 2021. In a few days time I’ll knock out an overall season wrap-up, but I hope you’ve had some success in the midst of the ups and downs. Thanks for reading and thanks for joining me. Well done to those who had an improved season compared with other years, and congratulations to anyone who won a GF this past weekend. Make sure you stick it to your mates! 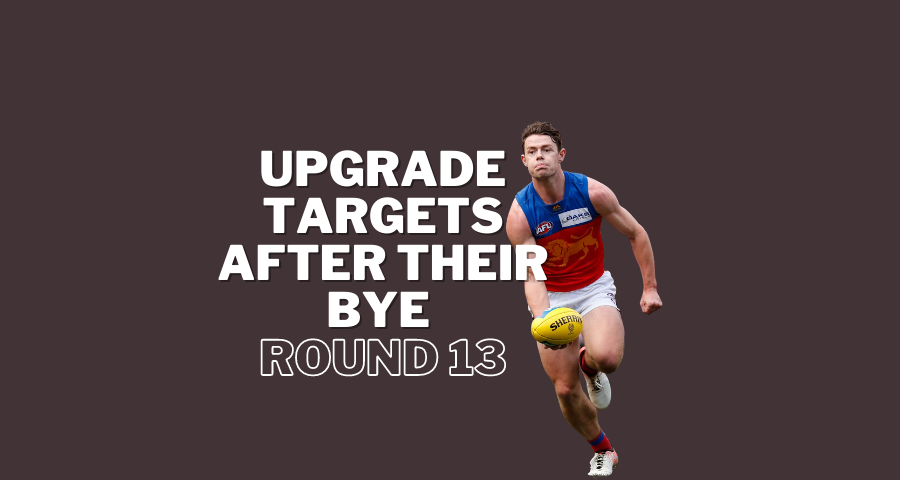 Upgrade Targets After Their Bye | Round 13

Two weeks of the multi bye rounds are over. We now have an additional four teams with no more scheduled rests for the remainder of the season. So here’s a club by club breakdown of potential upgrade targets who have just had their bye round. 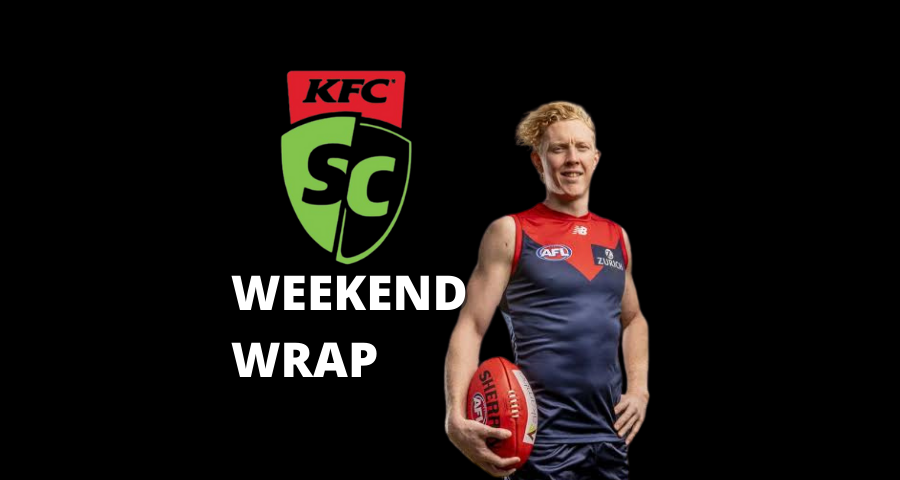 It’s not often a player scores over 200 so when one does we watch in awe and ride the wave. A big congratulations to those 31.8% of coaches who have him in their team, and even more so if you had him as captain or played the VC loophole. As it happens, the last time we saw a score of 200+ was round 10 last year. It also happened to be Clayton Oliver. And it also happened to be against Adelaide. We all know what to lock in for next year!

Now that the byes are well and truly gone this is the time of year where big things can happen. And when I say big things, I mean big scores. The premiums are in, the rookies are off the field, and the opportunity for some monster scores keep us coming back. Well, it is for me anyway.