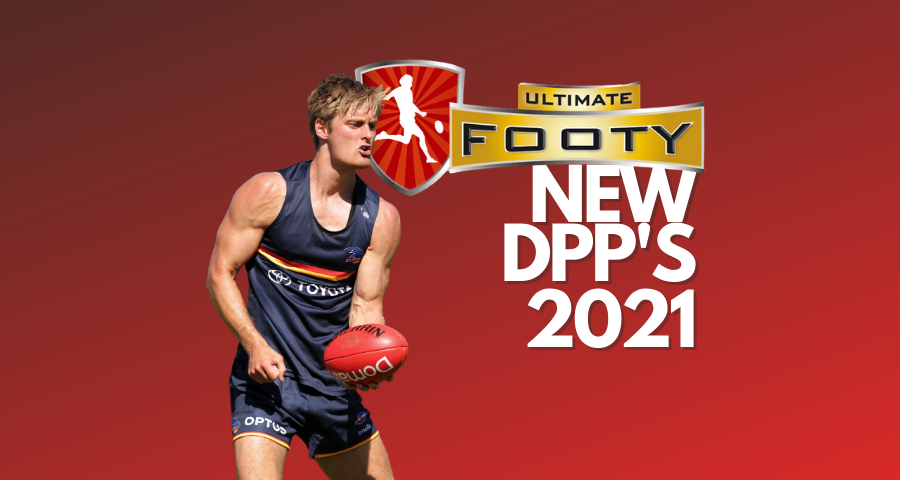 Every year UltimateFooty reveal an additional group of Dual Position players which is in extension to the changes handed down by champion data. Let’s take a look through the eleven additional players and their relevance to your UltimateFooty Drafts.

Young key position players regardless of which end of the ground they play aren’t great scorers. So if for whatever reason you picked Tom McCartin don’t expect much.

He’s developing nicely as a versatile swingman for the Swans, and with the drafting of Logan McDonald, we believe he’s likely to stay down back for the foreseeable. But he’s a better footballer than fantasy option right now

You won’t want to be the one that picks him on draft day. But given Chris Maybe has shown over the past few seasons a tendency to deliver some solid scoring he’ll still likely get selected on draft day.

It won’t be pretty, you will get mocked, but it’s a solid depth option depending on league sizes.

For the second season running the gang at UltimateFooty have awarded back status to Harry Perryman. The inclusion of back status takes him from the potentially undrafted position, not now a viable selection.

Based on last seasons averages, he’s ranked inside the top 25 backs and should see a dump on his average draft position.

Like Perryman above, James Aish moves out of draft day purgatory as a centre, to now being a likely draft day target, all be it later in drafts.

He missed just one game last season at his new club, and even with the shorter quarters Aish still had multiple handy games. Remember ’80 was the new 100′ in 2020. And last year he had three scores over 80 with a further three 70+.

If he can maintain those scoring ratios and convert them into full length quarter returns, he could provide some handy depth despite his likely draft selection as a bench option.

There’s alot of ‘IF’s, but be honest, that’s what most late round draft flyers are… IF picks.

If your league is this deep that you need to consider drafting a bloke who’s only had one season averaging over 65, then you might need to reconsider some life choices.

Adam Kennedy has shown that with the right matchup, he can pop the odd 80+ score. However, finding those scores are rare. Best to look elsewhere.

The addition of Hately is arguably the biggest potential inclusion and might even be the biggest surprise for some. At his former side GWS, Hately struggled for midfield time, and according to the gang at UltimateFooty he’s spent enough time there

For many across the UltimateFooty community this might surprise. But cast your mind back to 2020, many were pitching for him to gain back status midseason in the round 9 update.

His addition now will see him rocket up coaches back tiers and given his forecasted midfield role with Adelaide, he looks like becoming a popular breakout candidate now in our backline.

If everything falls his way, the coach that gets him on the draft day should get a great scoring return based on draft position.

Keeper and Dynasty leagues are even happier, Hately’s value just skyrocketed in 2021!

We wrote about Jackson Hately earlier in the preseason for our 50 Most Relevant series. Click Here to read and listen to the article.

No surprises here with this selection. Alongside Rowan Marshall, the former Bomber and Power bigman has split his time across the ruck and forward line at St Kilda. The DPP is not much more than squad versatility unless you have customised category scoring on. In this case, then he opens up another scoring forward with his hitouts.

The biggest benefit will be if injuries strikes teammate Rowan Marshall and he’s forced to carry the ruck load solo.

UltimateFooty considered anyone who was a second ruckman amassing 5-10 hitouts regularly. Rather than a player by player comment, we thought we’d make a generic comment about all of the new ruck eligible selections.

None of these inclusions should be pushing for an R1 spot in your side. However, if your draft teams require two on-field rucks, then these inclusions will add significant value to you. For shallower leagues, they provide added flexibility on as a bench option.

For 2021 yet again league commissioners will choose to allow (or not) for future DPP’s to be added into your league. After round 3, 6, 9, 12 & 15 we’ll bring to you exclusively the new DPP’s added to the game by UltimateFooty.