Over the previous two seasons, Max Gawn has been among the most popular selections. However, a preseason medial ligament injury has plenty of coaches looking elsewhere?

On the field, it was a poor season from the Melbourne Football Club, but that wasn’t because of the efforts of Max Gawn. Last seasons his 21 games he still averaged 39 hitouts, 18 possessions, six score involvements, five marks and five clearances. In the entire league, he was ranked third for hitout and seventh for total contested marks.

Across his AFLFantasy/DreamTeam season, he ended the season as the sixth-highest averaging player overall lines and was the clear #2 ranked and averaging ruck. From a seasonal average of 111, was made up of 16 scores of 100 or more, nine of those he converted into 120+ and he had one match where he scored over 150. Across the 21 games, he had only two where his scores dipped below 80. In one of those games, he severely hurt his ankle and spent the majority of the second term on the bench receiving treatment.

Across the 2018 SuperCoach season Eighteen times, he posted a score of one hundred or more while twelve of them over 130. And a massive five over 150 making him one of the best options to consider for captaincy across the season. On top of this consistent and high scoring he only twice dipped his scoring beneath 90 ensuring owners were never burned by his output frequently.

His dominant 2018 season translated into an AFLFantasy scoring personal best average of 111. Sixteen times he scored over the ton, eight of those were over 120 and an impressive five over 130 which made him one of the most consistent and frequent scorers of hundreds across the competition. Like in SuperCoach he also rarely hurt coaches who owned him with just four scores under 90 all season.

To suggest things have not gone entirely to plan for Max Gawn and the Melbourne football club is probably a grand understatement. During the sides preseason training camp went down with a knee injury, thankfully for all involved, it wasn’t a season-ending injury.

He’s still no certainty of being eligible for selection in round one, but according to the club, he’s commenced running. He is doing everything possible to be ready for the clash against West Coast.

Nobody should wish injuries upon anyone. However, for fantasy coaches, this provides us with a new decision to make. Do you still roll in with a set & forget combination with Max alongside Brodie Grundy? Throughout the season, it should balance out to be a substantial selection. We have multiple years of data to suggest he’s going to a top few ruck candidate again in 2020.

Or do you take an alternate route? With the injury to Max Gawn, it may take him some time to get full confidence back into that knee, and as such, we could see a few scores beneath his average of 128 in SuperCoach and 111 in AFLFantasy. This could mean that Gawn places himself as a tasty early season upgrade target. This means we could look to R2 selection that provides a potential value for money option.

Sam Jacobs has a fantastic early fixture and at his price point should be a great stepping stone to transition to Gawn. Nic Naitanui also provides value for money and along with Sauce has shown the ability to deliver strong scores over a long period.

The injury to Max Gawn this close to the season starting means that for many, they cannot begin to start him. So why is he so high in the 50 most relevant? Simple, you might not start with Gawn in your side, but I can 100% guarantee that you’ll end the season with him there.

The other side is that should his ownership stay relatively low (like below 25%) could he still be a player to start if he’s named round one? Even if he does have a scoring dip, which by the way is no certainty can you make the most of it?
We can honestly really only land one of these premiums at their lowest price, and with Max’s scoring capability even if he’s dropped $100K early on, will you have generated the cash to be able to maximise the value? It’s a fascinating perspective.

With back to back seasons over 127 in SuperCoach and multiple years over 110 in AFLFantasy, beyond Brodie Grundy, no other ruckmen provide me confidence in their scoring potential and ability over a long period.

The preseason injury might create a slight dip in where coaches draft him, but after Brodie Grundy, he will still be the second ruckmen off the board.

In SuperCoach formats he’s an official first-round selection, even factoring in a possible slower start. While in AFLFantasy, he’s a great candidate to select either late in the first or on the turn into the second round. 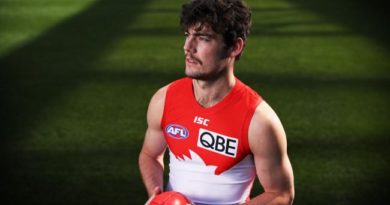 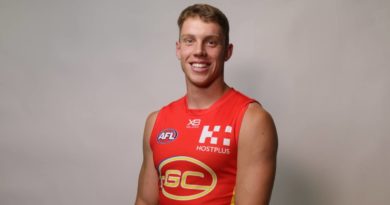