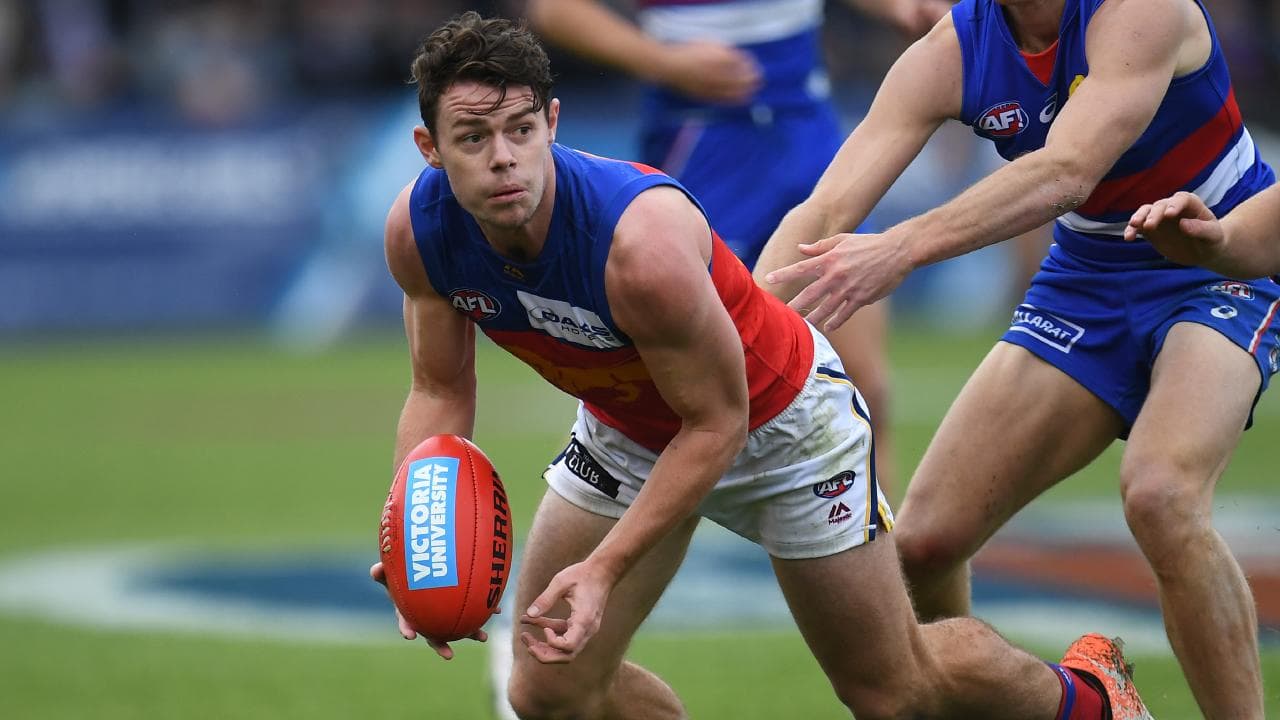 Last year Lachie Neale was one of the top-scoring midfield premiums, will he do it again in 2020?

One of the most significant surprises at the end of the 2018 season was the trade of Lachie Neale.  However, it proved a great success for him and the Brisbane Lions. He won All Australian honours and equal third in the Brownlow with 26 votes behind Patrick Dangerfield and Nat Fyfe.

In his debut season as a Lion he averaged 30 possesions, 16 of those were contested and went at 78% disposal efficiency. He ranked third for total disposals in the league and led the competition in contested possessions with over 15 a game. He was clearly in first place with him amassing 15 more than Clayton Oliver who was in second place. Neale also led the league for Clearances and had 21 more than Patrick Cripps who’s ranked second.

In AFLFantasy/DreamTeam he finished the season with an average of 105 It featured 11 scores over 100 and five scores over 130. Playing 22 games ensured he finished 12th for total points and was 14th for all midfielders in terms of averages.

He was even stronger in SuperCoach. A career-high average of 121 featured 17 scores over 100. Of those seventeen tons, ten were over 120, and a massive seven over 140. Make no mistake about it, in this format of the game he’s a good captaincy option. Neale finished the season ranked fourth for total points scored and averages. He’s also the second-highest ranked midfielder behind Jackson Macrae who scored only 42 more points in 2019.

Neale also holds one of the best durability records of all midfield premiums. Having missed only two games in the previous six years coaches selecting him will be confident that he is consistent and low-risk selection.

Everything went right for Lachie Neale and his owners in 2019. However, in AFLFantasy/DreamTeam scoring formats, I still have my concerns that he can join the elite scorers and average 110. His average of 105 and five scores over 130 can use some mask an ugly part of his scoring. Between rounds 5-14 he posted just 3 tons and averaged 92.4. That’s a crucial nine-week stretch that probably cost owners a rankings charge.

The reason for his lower frequency of tons is in the way he builds his points. As a clearance and contested ballplayer, Neale is often the first touch player for his team. As such, it’s usually his elite hands that are the key to breaking open the game. However, handball happy players often aren’t the elite premiums midfielders. This isn’t a problem in SuperCoach given the awarding of points for scoring is weighted to a style of gameplay for him.

Is he still suspect to the tag? Last year, Lachie Neale started to show signs that tags don’t impact him as much. That said he still had his scores affected when he was tagged by Seb Ross (79) and Touk Miller (74 (DT/AF and 85 SC). Both of these games are passable basements when tagged. The only game that would be cause for concern happened in the Semi-Final loss to the Giants. Matt de Boer shut him down to score 58 in AFLFantasy/DreamTeam and 47 in SuperCoach.

The positive for Neale is that Dayne Zorko is equally as likely to be the target of the opposition for the tag. Notable taggers that he could face early are Ben Jacobs in round 2, George Hewett in round six and Touk Miller in round 10.

He has the first week off of the multi bye. He shares the week off with premium midfielders in Zach Merrett, Elliot Yeo, Andrew Gaff and Patrick Dangerfield.

Not many SuperCoach midfielders can average over 120 and play 22 games. Nat Fyfe, Josh Kelly and Patrick Cripps are all likely top 8 midfielders and can push the 120 average, but have a history of missing multiple games most seasons.

I like him in SuperCoach. I don’t forecast much of a scoring dip, as such owning a midfielder than can 120 and play 22 games are hard to pass on. I own him currently and will keep him there all year barring injury. In AFLFantasy/DreamTeam, I’ll keep an eye on him as an upgrade target.

In SuperCoach formats of the draft, he’s a natural first-round selection, and you can build a case he’s one of the first midfielders off the board.
In AFLFantasy/DreamTeam scoring, I’m less bullish on him than others. I’d happily take him at M2 in the third round of a draft. However, I don’t rate his scoring as highly as others, so you’d likely miss him if you hoped to draft him there.