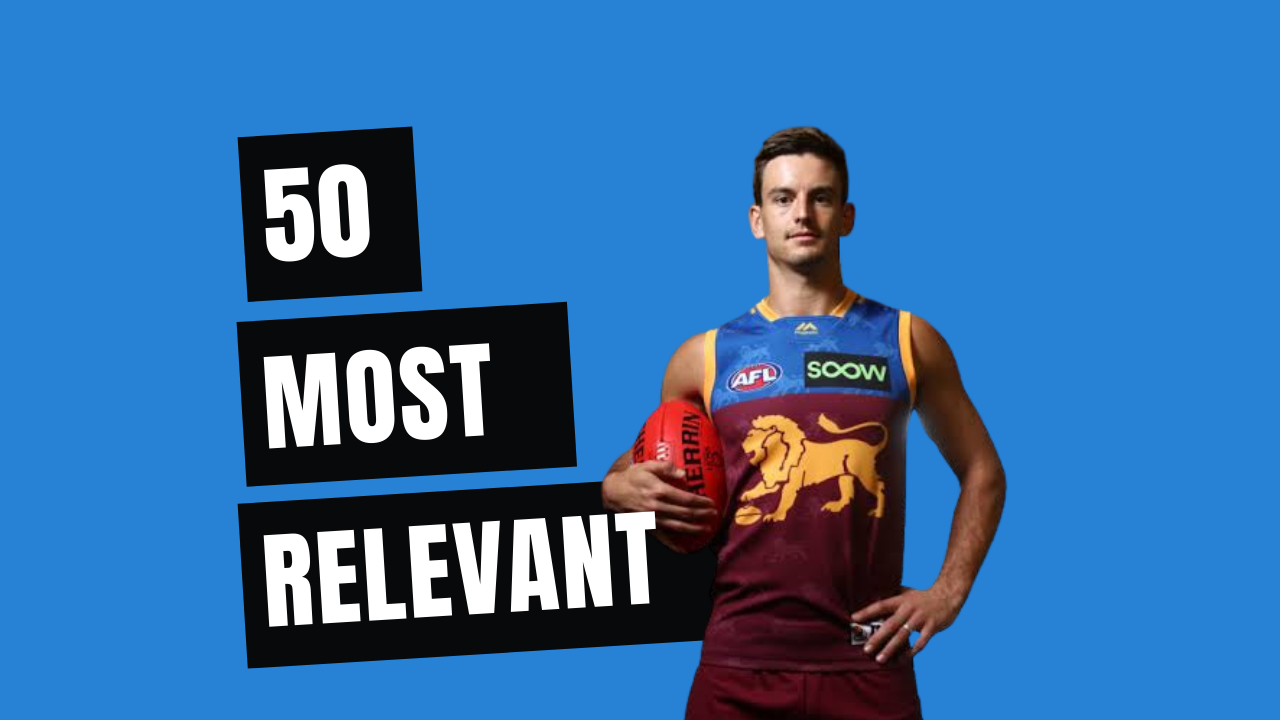 Nobody is discussing or seemingly starting Jarryd Lyons. Yet, he was one of the best premiums of the year & has no signs of slowing down.

Every year in fantasy footy, it happens, and it looks like 2022 in the year it happens to Jarryd Lyons. We discount players previous seasons performances as ‘out of the box or create limiting narratives to prevent them from delivering back to the top tier of scoring again. Yet, when we look over Lyons scoring for the better part of the last 40 games, it’s clear that this no-fuss midfielder is considered at the top of the premium tier of fantasy footy midfielders.

In the 2021 AFL season, he ranked 3rd in AFL for total tackles, 5th for stoppage clearances, 6th for contested possessions, 8th for total clearances, 10th for total disposals, 12th for inside ’50s and 20th for goal assists. In summary, he’s an elite midfielder that delivers points in every category column you need.

This dominance translated into career-best fantasy numbers across the format. From 22 games in AFLFantasy/DreamTeam, he posted an insane sixteen tons, ten of them were over 120 and four over 140, which means that whenever he hit that triple-digit mark on 62% of occasions, it translated into a 120. In addition, he had just two scores below 90 all year and didn’t dip under 84.

He averaged 117 over the season but had a flying run home to the year, where he averaged 123 over the last ten games. He’s ranked third for averages in this format, with only Jack Steele and Touk Miller ahead of him. And he’s less than 100 points away from being the top points scorer of 2021.

His scoring dominance is just as strong in SuperCoach, if not better. He started the season with ten consecutive tons and ended with nineteen. Meaning he had just three scores below 100 all year and nothing under 81. Of these nineteen tons, 11 of them were above 120 and a huge five 135+. All year his scoring didn’t fall below 81. He closed out the year with the 8th highest average, 7th for total points. He scored more points than Tom Mitchell, Sam Walsh and Rory Laird.

What’s impressive about these scores is he had only six games with 30+ possessions, so this scoring isn’t because of an unrepeatable high possessions count. It’s because he’s got the scoring abilities across all categories that our uber premiums hold. Some might be sceptical and suggest his scoring only exploded due to the absence of Lachie Neale? But statistically, that’s not justifiable. Last yea rin the seven games Neale missed, he only averaged 1.4 more in AFLFantas/DreamTeam and 2.9 in SuperCoach. That’s less than a possession—hardly probable cause for the increase. Lyons did elevate his scoring last year, but it was on display in the 2020 season.

Yet again, playing an entire season, he averaged 113 in SuperCoach, which consisted of thirteen tons, four over 135 and just two scores sub 80. He was ranked twelfth for total points and seventeenth for averages. In AFLFantasy/DreamTeam, he averaged 85.5 (adjusted 106), he scored two pure tons and an additional nine above 80. Don’t forget, in the covid quarter games, an 80 in these formats was considered a typical ton. By rank, he was 14th overall for points and 21st for averages.

Before our eyes, they are one of the best premium midfielders over the past two seasons. He’s durable, having not missed a game of AFL as a Lion. He’s consistent with his ceiling and high scoring basement. And to top it off, he’s got a near unforgivable low ownership. AFLFantasy is the only format open to the public right now, and he’s in just 2.3% of teams. That’s criminal for how good he’s been and could be yet again.

The premise of this series is looking at players who I believe will be the most relevant fantasy players across all salary cap formats of the game. What’s astounding to me is the number of people that haven’t even considered Jarryd Lyons. At the minimum, he must be viewed as a potential candidate to start or upgrade. Failing to acknowledge his past two years and the possibility of that trend continuing into this year is disrespectful.

I hold zero captaincy concerns, unlike other premium midfielders included in the 50 most relevant already, like Callum Mills and Rory Laird, necessary at his price point. However, if you do opt to start with him, he’s one of your weekly three to five guys you’re happy to consider replacing the VC/C on most weeks. Positively, he’ll never be tagged with Dayne Zorko and Lachie Neale in the side. This, combined with his multi-category scoring, means he could keep floating under the radar scoring nicely.

Every player you select in your starting squad needs to have a narrative connected to them. You need to know why you’ve chosen them, and it can never just be ‘ because (insert experts name) said so.’ It’s your team, but you need to know the reason why you’re selecting them. If you were to start him, the story could be that you will start him over Touk Miller, for example. The thought process might be that you believe he regresses in scoring due to some further growth of other midfielders of the Suns around him. Or that he isn’t required to win us much-uncontested footy in the backline.

Conversely, the reason for passing on him is you believe that you’ll get a comparable scoring from a player at a lower price point. Rids on a recent podcast claimed that Josh Kelly could average 120 this year. If that resulted, you’d be in the right for selecting him over Lyons. Equally, due to the high starting price, his price would fall quickly even if he were to average 110 over the first six weeks. He could provide some significant value for coaches as an upgrade over a starting option. Given his low ownership numbers, he has to start well if you have him as a starter. Whenever you spend this much money, and they’re unique, a failure to deliver high scoring early has a compounded pain with the higher the uniqueness.

I still see Lyons as potentially one of the best premium midfielders entering this new season. Of course, he might not be for everyone to start with, coaches may have more confidence in other weekly VC/C options, and that’s acceptable. But at the very least, this preseason, you must consider him an option and see the evident obvious scoring pedigree.

Without a doubt, Jarryd Lyons will be one of the top midfielders taken off draft boards, but I don’t see many with the confidence of selecting him in the first rounds. He’s likely to be gone in the second round of drafts. I’d be shocked if he slid much past the early third round at the latest.