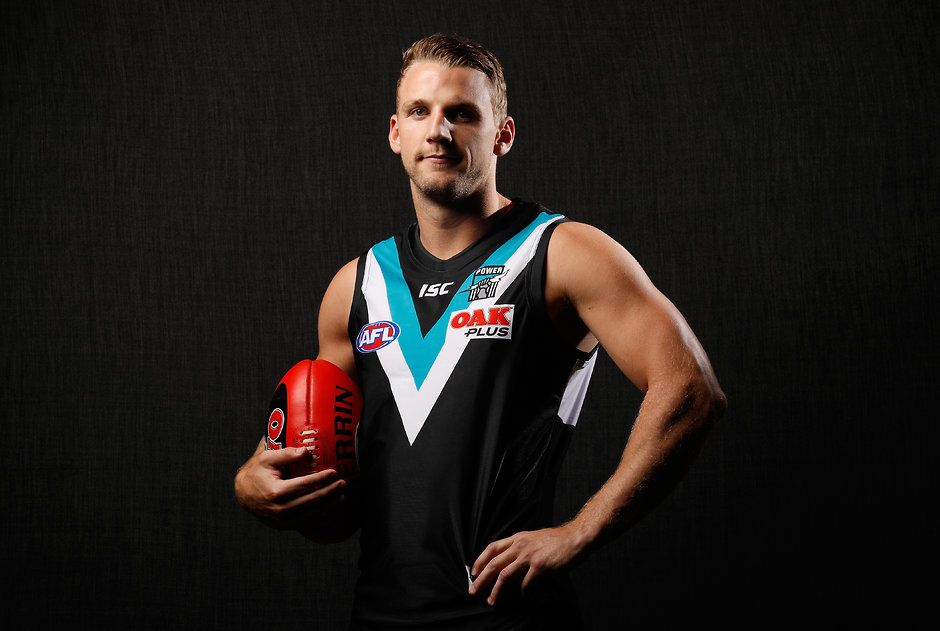 Now that the excitement of AFLX is over and done with (and I bet you can’t wait for it to return next preseason), let’s get back into planning for the real deal. Port Adelaide is up next.

These are the Port Adelaide players on each Panelist’s watchlist right now:

Jimmy: Robbie Gray in SuperCoach (only) is probably the closest to a premium starting option that I can find.

MJ: If I were investing big cash on any Port player it’d be Justin Westhoff who possesses the most valuable DPP possible R/F. I wrote about the benefits of ‘The Hoff’ recently in the 50 Most Relevant.

Rids: Robbie Gray. Not many to choose from I this category. At least we know Gray will score very well if he gets midfield minutes.

Fox: Justin Westhoff a fantastic dpp option to float between forward and ruck, and no reason to suggest he doesn’t continue to be used in that fantasy friendly roaming role in 2019, throw in durability and he’s the perfect Huckleberry pick

Jimmy: I’m a big Ryan Burton fan. Hopefully Port play him to his strengths and he finds himself at home quickly in the new colours.

MJ: Now is the time for Sam Powell-Pepper to step up and deliver consistently and be the bull the Power recruited him to be. He’s shown he can physically impact a contest; now he needs to use his physicality to influence the result of the game.

Rids: Riley Bonner. Kid took massive strides in 2018 and is now clear best 22. Has great disposal and generally makes very solid decisions. With Polec moving on there will be more opportunities for a smooth moving good decision making player up on a wing.

Tim: Jarrod Lienert Finished well and yet hasn’t really been talked up. Not sure he’ll break out in fantasy terms but could be seen to break out in footy terms.

Fox: Ryan Burton not sure playing defence was/is his strong suit, a move to Port might just be the tonic to free the shackles and turn those 60’s back into 80’s

Jimmy: Joe Atley fits the bill as a highly-rated youngster with a couple of preseasons under the belt. Must be due a solid run of opportunity soon.

MJ: He was one of Port’s best afield in the rest under 23’s clash against the Crows, but Will Drew (MID/FWD) is doing everything right to get a shot at a round one spot. If captain Ollie Wines isn’t back to full health, I’d be locking him in.

Rids: Joe Atley. Was an emergency multiple times in 2018. Port should be looking at giving a few kids a chance to show their wares in 2019 and I reckon Atley will be one.

Fox: Conner Rozee played SANFL seniors last year and is highly valued in multiple positions, be sure to put a ring around Rozee

Jimmy: Tom Rockliff currently has single-figure % ownership in both DreamTream and SuperCoach. Can he get anywhere near back to his best? Not a bad bet against others at similar price points.

MJ: If I were in charge of Port Adelaide I’d make several changes, but one of the first ones would be the movement of former captain Travis Boak back into the midfield. He looked lost as a forward far too often, and if Port is to be any shot at a top 8 spot, then Boak must move in and take some of the midfield minutes of former players Jared Polec and Chad Wingard. Watch his JLT community series, but if he is based as a midfielder primarily then he could easily push into the top 6-10 forward-eligible players for the season.

Rids: Justin Westhoff. Gets ruck DPP for 2019. With a few questions surrounding some of the top rucks, could be a very unique choice. Not sure how Lycett, Ryder, Westhoff, Dixon and Marshall all play in the same team. JLT watchlist.

Fox: Jack Watts has to be the most UNIQUE number 1 draft pick ever, both on and off the field, don’t pick him, go the guy you actually know

Jimmy: Trent McKenzie has been out of favour recently, but the Cannon has averaged over 80 in a season before and now has the handy weapon of being able to kick past the centre circle from opposition behinds. Will go undrafted in most leagues so there’s worse options for your last pick in the draft.

MJ: It’s always dangerous to draft and anticipate a DPP adjustment, but if the preseason match simulations are accurate it appears Brad Ebert is set to play most forward in 2019. At his current level an 80 something midfielder is very ‘run of the mill’ but as a forward, that’s a valuable on-field asset.

Rids: Ollie Wines. A few years ago some people were talking Wines up as a better fantasy prospect than Danger. Hasn’t really taken the next step however. But if he can find some cheap ball he does have the potential to take it to the next level. Has been a noticeable slider the last couple of years in drafts and expect that to continue this year.

Fox: Tom Rockliff dropped a tackle and a handful of disposals with a career that is slowly heading south, maybe with Wines inactive early the door of opportunity to reinvigorate himself opens, well worth a punt, he’s surely better than an 82 point mid.