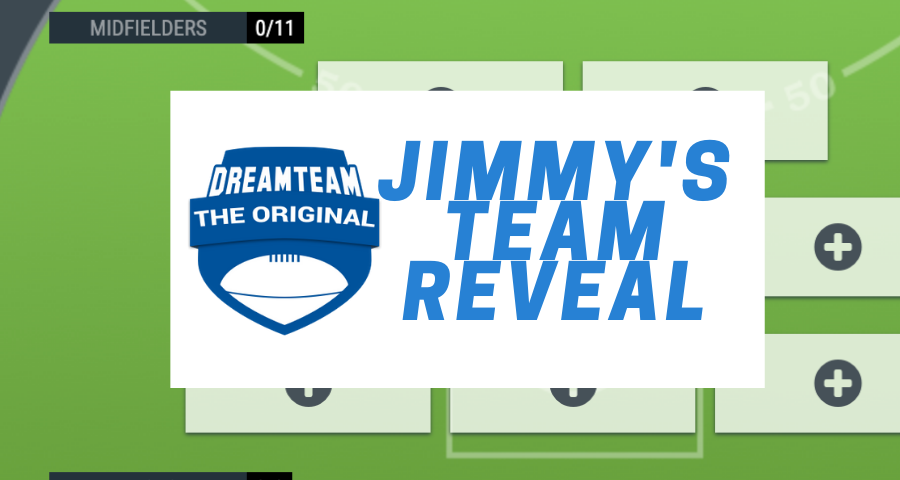 Firstly – I had no intention to create a team this year, swearing it was draft only for me. And yet here we are. This was thrown together in the ten minutes before the bounce last night but I really like the overall look and feel of this team. It’s absolutely hit and giggle but will be a lot of fun which honestly is what this game is all about.

Running defenders who mark and distribute look to be key this year so I’ve loaded up on those, and a couple who are more midfield types. I’m happy to take on Lloyd to start with and see what happens. I really liked what I saw of Buckley late last year and his role in the ACS, but he’s an easy drop to the best rookie I missed if it doesn’t pay off.

I’ve loaded up here and mostly picked players I really enjoy watching. Crucially these are also midfielders who can win their own ball and have the stamina to gut-run for the receive late in games. Reduced interchange and the new man on the mark rules will benefit these types, I think.

And here you see how I can afford the above backline and midfield. We usually start building our teams by picking the best available cash cows and filling in the gaps with premiums and breakout contenders. All three rookie priced rucks start the season with job security and scoring potential. Absolute worst case I can trade down on another line and upgrade one, or cop a rookie flavoured donut. For me, the benefit FAR outweighs the risk. Who says you have to start a premium ruck anyway?

Dunkley’s new role and the fire in his belly make him an easy pick. I think Phillips is the #1 forward this year. Brodie and Caldwell are two of my favourite breakout contenders this year but as always if they don’t deliver it’s an easy fix after two weeks.