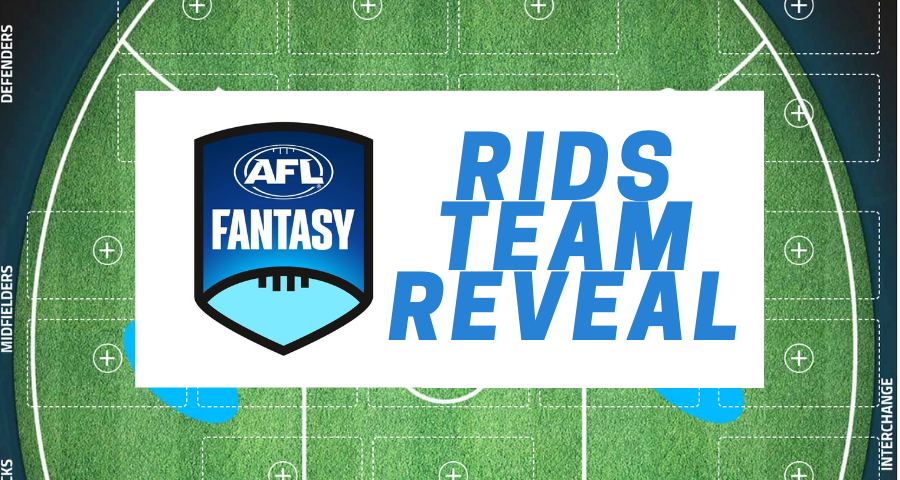 It’s here! Our final team reveal of the day. Rids has given us a look at his AFLFantasy side.

Lloyd for me is an easy selection. He may not average what is he priced at but he will score enough to be top 2/3 def for the year. The rest of the players represent a little value. I think the way to play AF os to grab the value initially then build the team around them. Stewart could easily be a top 2 def. Duggan will get a month in the midfield at the Eagles. Hunter Clark is a quality kid who should play pure midfield for the Saints. Jordan Clark will score points with games and opportunity. Fantasia just looks happy to me. At his price he is well worth the punt.

I decided that the midfield was where I would play the most rookies on the field. They seem to have the best scoring potential which will drive the cash generation. Zerrett and Macrae are the 2 captaincy options I am most comfortable with. Walsh and Taranto represent value to me and look primed for monster years

Gawn is the go to captain. Flynn is the best rookie available this year across any line. Hunter and Meek will feature on the bench.

Again went with the def thought process in the fwds. In the role I saw Dunkley play last week he will be in the top few fwds for the year and starts. The other guys – Phillips, DeGoey and Cameron represent value. Warner and a rook the most likely f5/f6 at this stage depending on teams.